The critically-acclaimed war film is headed for the 4K format for it's 20th anniversary this spring.

Paramount and DreamWorks are set to release Saving Private Ryan on 4K Ultra HD Blu-ray on May 8.

Seen through the eyes of a squad of U.S. soldiers, the story begins with World War II's historic D- Day invasion, then moves beyond the beach as the men embark on a dangerous special mission. Captain John Miller must take his men behind enemy lines to find Private James Ryan, whose three brothers have been killed in combat. Faced with impossible odds, the men question their orders. Why are eight men risking their lives to save just one? Surrounded by the brutal realities of war, each man searches for his own answer - and the strength to triumph over an uncertain future with honor, decency, and courage.

Saving Private Ryan won five Academy Awards®, including Best Director, and two Golden Globes®, including Best Director and Best Motion Picture—Drama, and was named by the AFI as one of its 100 greatest American films. Boasting a stellar cast headed by Tom Hanks, Matt Damon, Edward Burns, Tom Sizemore, Ted Danson, Giovanni Ribisi, Vin Diesel, Paul Giamatti and Barry Pepper, the film is widely considered one of the greatest war movies ever made. 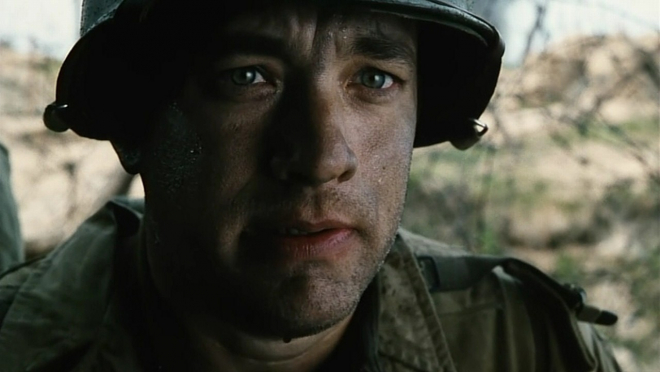 The 4K release will feature video presented in Dolby Vision High Dynamic Range, a Dolby Atmos soundtrack, and more than three hours of previously released bonus features that take viewers into the past for a look at the real-life events that inspired the film and behind-the-scenes to explore the challenges of bringing that past to life.

You can find the latest specs for Saving Private Ryan linked from our 4K Blu-ray Release Schedule, where it is indexed under May 8.