Vin Diesel returns as the titular action hero on both formats this May.

The third explosive chapter of the blockbuster franchise that redefined the spy thriller finds extreme athlete turned government operative Xander Cage (Vin Diesel) coming out of self-imposed exile and on a collision course with deadly alpha warrior Xiang and his team in a race to recover a sinister and seemingly unstoppable weapon known as Pandora's Box. Recruiting an all-new group of thrill-seeking cohorts, Xander finds himself enmeshed in a deadly conspiracy that points to collusion at the highest levels of world governments. Packed with the series' signature deadpan wit and bad-ass attitude, "xXx:RETURN OF XANDER CAGE" will raise the bar on extreme action with some of the most mind-blowing stunts to ever be caught on film.

Each release will feature a Dolby Atmos soundtrack and supplements include: Third Time's the Charm: Xander Returns; Rebels, Tyrants & Ghosts: The Cast; Opening Pandora's Box: On Location; I Live for This Sh#t!: Stunts; and Gag Reel. 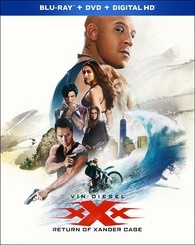 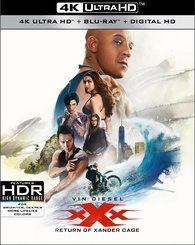