'The SpongeBob Movie: Sponge Out of Water' Dated for Blu-ray and Blu-ray 3D

The CGI animated adventure will make a splash on Blu-ray and Blu-ray 3D this summer.

In an early announcement to retailers, Paramount will be releasing 'The SpongeBob Movie: Sponge Out of Water' on Blu-ray on June 2.

On a mission to save his world, SpongeBob SquarePants is headed to ours. When pirate Burger Beard (Antonio Banderas) steals the secret recipe for the beloved Krabby Patties, SpongeBob and friends come ashore to bring back the missing formula. To succeed, they must team up with former rival, Plankton, but soon realize that to defeat a super-villain, they must unleash their inner superheroes.

Specs have yet to be revealed, but each combo pack will include: On the Surface, Underwater Awesomeness, Bikini Bottom Boogie, and Deleted/Extended/Alternate/Test Scenes.

You can find the latest specs for 'The SpongeBob Movie: Sponge Out of Water' linked from our Blu-ray Release Schedule, where it is indexed under June 2. 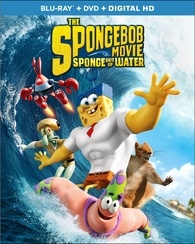 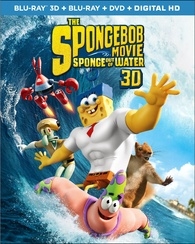