In an early announcement to retailers, Paramount is preparing to bring 'South Park: The Complete Twentieth Season' for Blu-ray on June 13.

South Park is an Emmy Award-winning animated series about four boys living in a screwed-up Colorado town. Between tragedies global and local, as well as parental and celebrity interference, Stan, Kyle, Cartman and Kenny manage to have themselves a time. 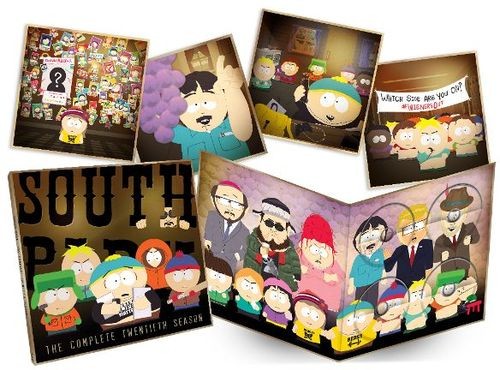 You can find the latest specs for 'South Park: The Complete Twentieth Season' linked from our Blu-ray Release Schedule, where it is indexed under June 13.