Robert Zemeckis' Academy Award-winning film is in the works for 4K Blu-ray.

According to a recent pre-order listing on Best Buy, Paramount is prepping Forrest Gump for 4K Ultra HD Blu-ray on June 12.  UPDATE: The release has now been fully detailed.

Tom Hanks gives an astonishing performance as Forrest, an everyman whose simple innocence comes to embody a generation. Alongside his mamma (Sally Field), his best friend Bubba (Mykelti Williamson), and his favorite girl Jenny (Robin Wright), Forrest has a ringside seat for the most memorable events of the second half of the 20th century. Winner of six Academy Awards®, including Best Picture, Best Director (Robert Zemeckis), and Best Actor (Tom Hanks), Forrest Gump remains one of the great movie triumphs of all time. 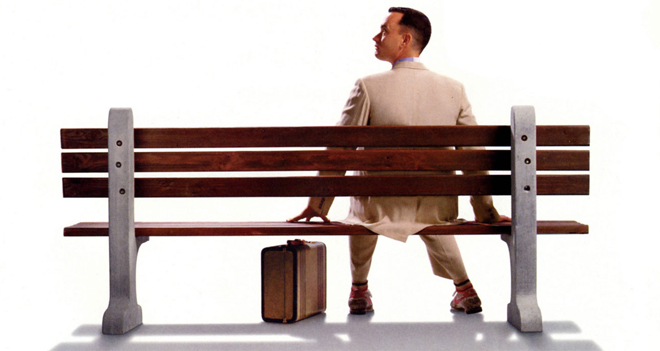 Audio Commentary with Robert Zemeckis, Steve Starkey and Rick Carter
Audio Commentary with Wendy Finerman
Musical Signposts to History
Greenbow Diary
The Art of Screenplay Adaptation
Getting Past Impossible – Forrest Gump And The Visual Effects Revolution
Little Forrest
An Evening With Forrest Gump
The Magic of Makeup
Through The Ears of Forrest Gump – Sound Design
Building The World Of Gump-Production Design
Seeing Is Believing – The Visual Effects Of Forrest Gump
Screen Tests
Note: All bonus features aside from the commentaries are on the standard Blu-ray.

You can find the latest specs for Forrest Gump linked from our 4K Release Schedule, where it is indexed under June 12. 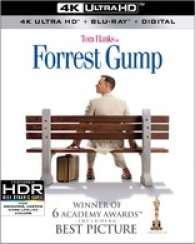