The best Transformers movie in over three decades will roll out on home video in the new year.

On the run in the year 1987, Bumblebee finds refuge in a junkyard in a small Californian beach town. Charlie (Hailee Steinfeld), on the cusp of turning 18 and trying to find her place in the world, discovers Bumblebee, battle-scarred and broken. When Charlie revives him, she quickly learns this is no ordinary, yellow VW bug.

You can find the latest specs for Bumblebee linked from our 4K and Blu-ray Release Schedules, where it is indexed under PENDING. 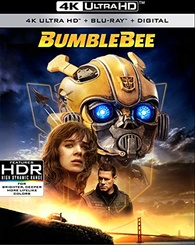 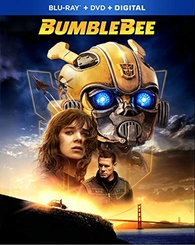