The WWII horror-thriller is now up for pre-order at Amazon.

As previously reported, Paramount's Overlord will be available on 4K Ultra HD Blu-ray and Blu-ray, and now both titles are set to release on February 19.

Nothing can prepare you for the mind-blowing mayhem that is Overlord, an insanely twisted thrill ride about a team of American paratroopers who come face-to-face with Nazi super-soldiers unlike the world has ever seen.

Embraced by critics, Overlord is Certified Fresh on Rotten Tomatoes and was hailed as “wonderfully tense and truly exhilarating” (Jonathan Barkan, Dread Central).  The wildly entertaining genre mash-up boasts a stellar ensemble cast, non-stop action and plenty of wild twists you have to see to believe.

The 4K release will be presented in Dolby Vision HDR with Dolby Atmos audio and supplements include The Horrors of War.

You can find the latest specs for Overlord linked from our 4K and Blu-ray Release Schedules, where it is indexed under February 19. 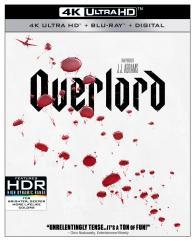 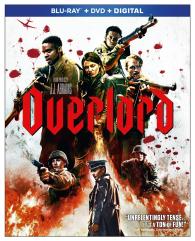