The PBS series will be getting the Blu-ray treatment in October.

In an early announcement to retailers, PBS says 'Masterpiece: Indian Summers' will hit on Blu-ray on October 13.

Julie Walters plays the glamorous doyenne of an English social club in the twilight era of British rule in India. Set in a subtropical paradise, Indian Summers explores the collision of the high-living English ruling class with the local people agitating for Indian independence. As the drama unfolds, the two sides alternately clash and merge in an intricate game of power, politics and passion.

You can find the latest specs for 'Masterpiece: Indian Summers' linked from our Blu-ray Release Schedule, where it is indexed under October 13. 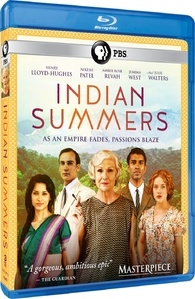