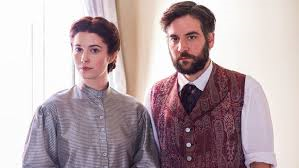 The second season of the PBS drama is planned for Blu-ray next month.

In an early announcement to retailers, PBS says 'Mercy Street: Season 2' will be available on Blu-ray on February 14.

Executive produced by Ridley Scott (The Martian, Gladiator, Thelma and Louise and The Good Wife); David W. Zucker (The Good Wife and The Man in the High Castle) of Scott Free; Lisa Q. Wolfinger (Desperate Crossing, the untold story of the Mayflower) and David Zabel (ER), the series follows the doctors, nurses and soldiers, as well as free, enslaved and contraband African Americans and other residents of the war-torn city, as they navigate the new world emerging from the most cataclysmic event in our country's history.

Mercy Street Season 2 picks up directly from the dramatic events at the end of the first season finale, continuing to explore life in the chaotic city of Alexandria, the complicated interpersonal dynamics of Dr. Foster, Nurse Mary and the Mansion House staff, the increasingly precarious position of the Green family and the changing world of the burgeoning black population. The second season will introduce a number of new elements, taking the viewer closer to the war and into the halls of Confederate power, all set against the intensifying war, starting with the Seven Days' Battle and culminating with Antietam.

The new season also delves deeper into the lives of newly freed African Americans, exploring - among other areas - life in a contraband camp, where formerly enslaved African Americans are forced to confront horrific living conditions and disease, but also get a glimpse of freedom.

You can find the latest specs for 'Mercy Street: Season 2' linked from our Blu-ray Release Schedule, where it is indexed under February 14. 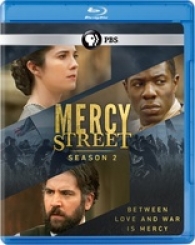