The third season of the PBS drama series is coming to Blu-ray in May. Pre-orders are now live.

In an early announcement to retailers, PBS is preparing 'Masterpiece: Mr. Selfridge Season 3' for Blu-ray on May 5.

Supplements have not been revealed yet, but the Blu-ray will feature 1080p video and a DTS-HD MA 2.0 soundtrack.

You can find the latest specs for 'Masterpiece: Mr. Selfridge Season 3' linked from our Blu-ray Release Schedule, where it's indexed under May 5. 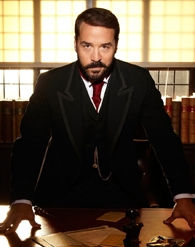