Both flicks are heading to Blu-ray in March.

In an early announcement to retailers, Oscilloscope Pictures is preparing 'The Love Witch' and 'Always Shine' for Blu-ray in March.

'Always Shine' (March 7) - Best friends Anna and Beth take a weekend trip to Big Sur, hopeful to re-establish a bond broken by years of competition and jealousy. Tensions mount, however, leading to an unexpected yet inevitable confrontation, changing both of their lives...forever. 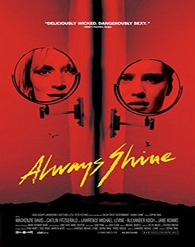 'The Love Witch' (March 14) - Elaine, a beautiful young witch, is determined to find a man to love her. In her gothic Victorian apartment she makes spells and potions, and then picks up men and seduces them. However, her spells work too well, leaving her with a string of hapless victims. When she finally meets the man of her dreams, her desperation to be loved will driver her to the brink of insanity and murder. With a visual style that pays tribute to Technicolor thrillers of the 60s, THE LOVE WITCH explores female fantasy and the repercussions of pathological narcissism. 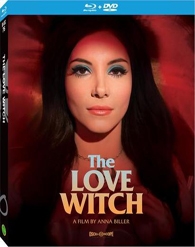 You can find the latest specs for 'Always Shine' and 'The Love Witch' linked from our Blu-ray Release Schedule, where they are indexed throughout March.