The new laser projector is rated for an impressive 10,000 lumens of brightness.

Optoma has announced the launch of its latest ProAV projector. The ProScene ZU1050 is designed for professional installations and features high brightness performance making it an ideal choice to illuminate large venues like meeting rooms, auditoriums, museums, houses of worship, and broadcast environments.

"Optoma's brightest and highest lumen, laser projector, the ZU1050, fills a specific category need for the ProAV market, providing flexibility, reliability and incredible performance," said Brian Soto, head of product management, Optoma Technology. "As one of the largest selling projector brands in the U.S., we are committed to delivering innovative solutions within our ProScene line of projectors that promise maximum adaptability and versatility to meet the needs of the ProAV market."

The ZU1050 is a laser phosphor projector with support for a WUXGA resolution of 1920 x 1200 and up to 20,000 hours of light source operation. In addition, the device is rated for 10,000 lumens of brightness and a 2,000,000:1 contrast ratio with Extreme Black enabled. MultiColor laser (MCL) technology for a wider color gamut is implemented as well. Likewise, the projector offers a motorized lens shift, zoom, and focus with 360-degree and portrait operation mode, along with an IP6X-certified dust rating and seven interchangeable optical lens options. 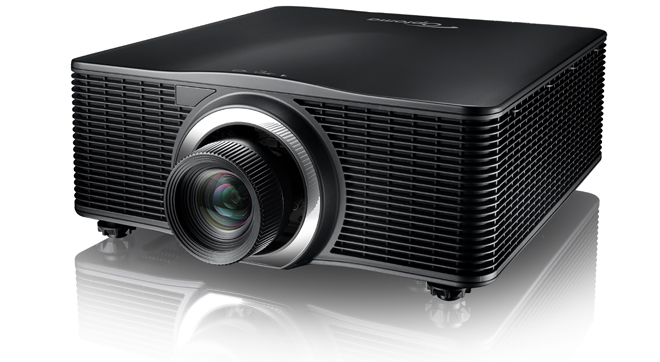 Here's a full rundown of key specs and features per Optoma:

The Optoma ProScene ZU1050 projector is now available for an estimated street price of $16,999.