For this edition, we're covering the release of a DTS Play-Fi update for select Onkyo and Pioneer devices, the addition of new apps to Hisense's Smart TV lineup, Phiaton's latest headphones, and the arrival of Daydream VR support for Samsung's Galaxy S8 smartphones.

Onkyo and Pioneer have announced the launch of a DTS Play-Fi firmware update for several of their products. The upgrade is now available for the Pioneer MRX-3 Wireless Speaker and FS-EB70 Elite Network Soundbar System, and the Onkyo SBT-A500 Network Surround Sound Bar System and NCP-302 Wireless Network Speaker.

With DTS Play-Fi audio products, users can wirelessly play high quality lossless music from smartphones and tablets over an existing home Wi-Fi network to Play-Fi components throughout the home. The tech can synchronize playback of a single source to multiple speakers; can stream different sources to different speakers simultaneously from the same mobile device; and can support individual music streams to separate speakers from different devices at the same time. Likewise, Play-Fi is not brand exclusive. This means that Play-Fi audio products from different manufacturers can actually work together seamlessly.

And beyond the firmware update, Onkyo and Pioneer have also both released new Music Control apps that include DTS Play-Fi integration.

Hisense has announced the addition of TikiLIVE, XUMO, and iTalkBB to its collection of live TV apps. Likewise, the company also released its new media sharing application, Qview.

"The addition of TikiLIVE, XUMO and iTalkBB to our extensive app library truly enhances our ability to provide live, cord-cutting viewing experiences," says Mark Viken, Vice President of Marketing at Hisense US.  "Above all, we designed the Hisense Smart TV platform to bring consumers back to the living room to enjoy their favorite shows on large high quality TVs." 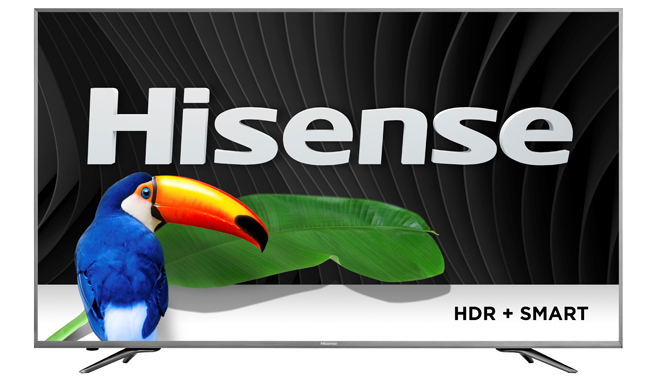 In addition, iTalkBB includes access to live channels like CCTV, Phoenix and ETTV, along with thousands of series, shows, movies, and more. Likewise, the app includes free VOD and DVR features.

Finally, Qview is Hisense's new proprietary media sharing application. The app can be downloaded on Android or iOS mobile devices, enabling users to view photos and videos on Hisense displays that are 43-inches or larger. Up to 10 connected users can take turns sharing and displaying content from mobile or tablet devices to their TVs.

The new apps are now available on a wide variety of Hisense Smart TV models.

Phiaton has announced the release of its latest headphone model. The BT 390 Foldable Headphones are geared toward users on the go like travelers and commuters.

The compact Wireless headphones feature 40mm drivers with an optimized vibration system for extra emphasis on high frequency clarity and an improved sound stage. Likewise, the headphones use oversized Neodymium magnets to offer rich bass. In addition, Bluetooth 4.1 connectivity with multipoint technology is included as well, and battery life is rated for 30 hours of music playback. Meanwhile, padded ear and head pads are integrated for added comfort, and the foldable design makes storage easy. Finally, the headphones include multifunction buttons and a microphone on the ear cups for wireless control and phone calls. 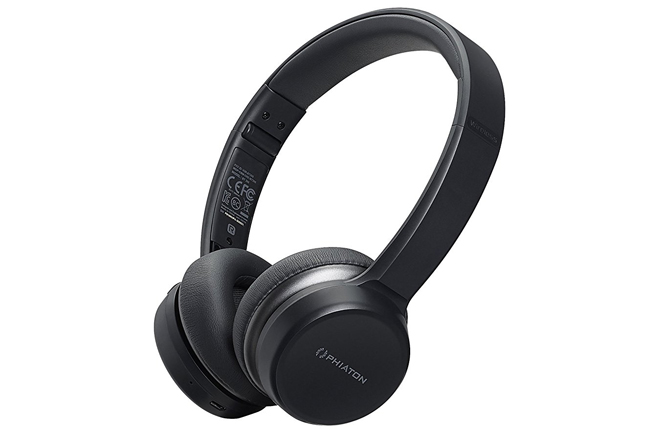 The Phiaton BT 390 headphones are now available in black and white for $79 on Amazon.

Google has announced the launch of the Daydream-ready update for Samsung's Galaxy S8 and Galaxy S8+ smartphones. With the update, users will be able to use both models with a Daydream View VR headset. Previously, Samsung smartphones were only compatible with the company's own Samsung Gear VR headsets.

The Daydream View is currently on sale for $60 and comes in Slate, Crimson, or Snow colors. The headset is made with flexible and soft breathable fabrics, allowing the device to be 30% lighter than similar products while providing added comfort. To use the Daydream View, customers simply need to drop in a Daydream-ready smartphone and lock it into place. From there, the phone and headset connect wirelessly with an auto alignment system. In addition, the product includes a compact controller packed with sensors, letting customers interact with content through movements and gesture. And when not in use, the controller can slide right inside the headset for easy storage.

The Daydream VR app is now available for Galaxy S8 and Galaxy S8+ users through the Google Play Store.