Six titles are coming to Blu-ray in April.

In an early announcement to retailers, Olive Films is preparing 'Walerian Borowczyk: Short Films Collection,' 'Blanche,' 'Goto, Isle of Love,' 'Theatre of Mr. & Mrs. Kabal,' 'The World's Most Beautiful Swindlers,' and 'Ophélia' for Blu-ray on April 25. 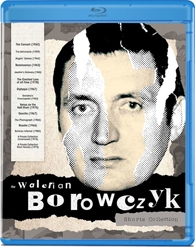 'Blanche' - Set in medieval France, an elderly noble baron (Michel Simon, L’Atalante) and his much younger bride, the beautiful Blanche (Ligia Branice, Goto, Isle of Love) welcome a visiting King (George Wilson, Les destinées) and his handsome page, Bartolomeo (Jacques Perrin, Cinema Paradiso) to their castle, and sets in motion accusations of disloyalty and marital infidelity, turning what should be a fairytale into a nightmare. Walerian Borowczyk (The Beast), whose stylized vision of a bygone world, is key to the overall look and feel of Blanche, which despite its period surroundings, embraces very modern sensibilities. Blanche, written and directed by Walerian Borowczyk (based on the poem Mazepa by Juliusz Slowacki), features performances by Jacques Perrin (Cinema Paradiso), Denise Péronne (Forbidden Games) and Lawrence Trimble (Meetings in the Forest).

Specs have not been detailed yet., but supplements will include: 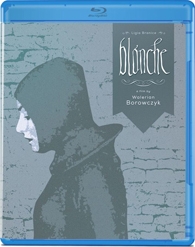 'Goto, Isle of Love' - With Goto, Isle of Love, director Walerian Borowczyk (Blanche) would cement his status as a visual stylist, weaver of erotic tales, and a filmmaker whose work would both confront and celebrate society’s taboos. Goto, Isle of Love is a tale of infidelity, revenge, and repressed love, both chaste and illicit, starring Pierre Brasseur (Port of Shadows) as Goto III, an unstable and jealous dictator married to the beautiful Glossia (Ligia Branice, Blanche). Unbeknownst to Goto III, Glossia is carrying on an affair with one of his guards, the handsome Lieutenant Gono (Jean-Pierre Andreani, The Story of O). Also lusting after the dictator’s wife is Grozo (Guy Saint-Jean, The Killing Game), a petty thief who, by winning the confidence of Goto III, plans to win Glossia for himself. Simmering passions will boil over on the isle, leading to a surprising denouement. Shot in haunting shades of black & white and color by cinematographer Guy Durban (Immoral Tales), Goto, Isle of Love is written for the screen by director Borowczyk with additional dialogue by Dominique Duvergé. 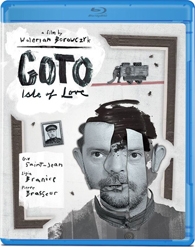 'Theatre of Mr. & Mrs. Kabal' - Walerian Borowczyk’s (Blanche) Theatre of Mr. & Mrs. Kabal is a glimpse inside the weird and wonderful world of the theatrical Kabals. The henpecked Mr. Kabal, prone to ogling young females through his binoculars, is never quite beyond the reach of the statuesque and domineering Mrs. Kabal who flutters about (quite literally when butterflies appear inside of her stomach) in a connubial reign of terror. Although it may not always be le beau mariage, Mr. and Mrs. Kabal are nonetheless made for each other. The years-in-the-making feature length animated film from the controversial director of Goto, Isle of Love and Immoral Tales, featuring the voice talents of Pierre Collet (Greed in the Sun) and Louisette Rousseau (War of the Buttons), is akin to other Borowczyk animated works such as The Astronauts, Renaissance and Angels’ Games. 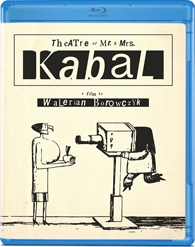 NOTE: The Amsterdam segment, A River of Diamonds (directed by Roman Polanski), which was featured in original theatrical release of The World’s Most Beautiful Swindlers, has been removed from presentations of the film at the request of the director. 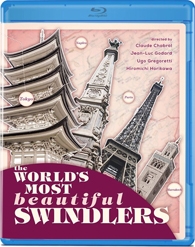 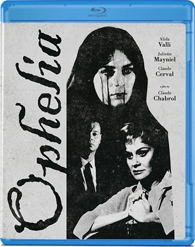 You can find the latest specs for all of the titles listed above linked from our Blu-ray Release Schedule, where they are indexed under April 25.