The cult favorite show is returning for new episodes on Netflix.

Netflix has announced plans to stream the upcoming reboot of 'Mystery Science Theater 3000.' The show will be available exclusively through the streaming platform in the US, Canada, UK, Ireland, Australia and New Zealand.

Mystery Science Theater 3000's national broadcast life began in 1989. Set on the Satellite of Love where a human host is trapped by mad scientists with his two robot sidekicks and forced to watch an endless run of B movies. The format proved to be popular, and during its eleven years and 198 episodes on the Comedy Channel and Sci-Fi Channel, it attained a loyal fan base and critical acclaim, including a Peabody Award and two Emmys® nominations. 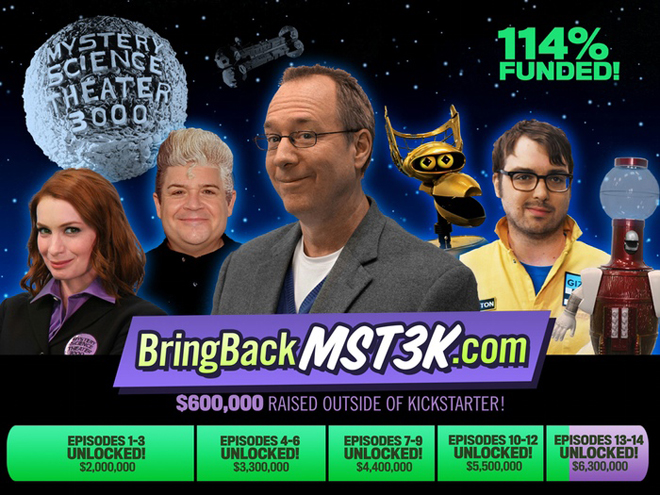 An exact release date has not been announced yet, but the new season will feature 14 episodes. A current Netflix subscription starts at $10 for HD streaming and $12 for Ultra HD streaming.