The upcoming romantic comedy will hit Netflix next year.

Netflix has announced its latest original movie, 'Naked.' The romcom is based on the Swedish film, 'Naken,' and is set to star Marlon Wayans ('White Chicks,' 'Scary Movie') and Regina Hall ('Think Like A Man,' 'About Last Night').

In the film, Wayans stars as Rob Anderson, a charming man-child, who wakes up on his wedding day, naked in an elevator, reliving the hour before the ceremony over and over again. 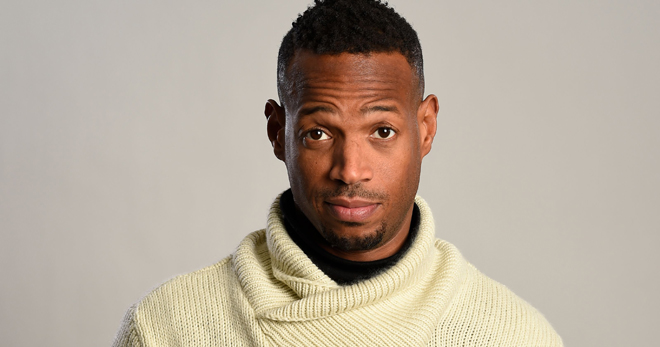 The movie is being directed by Michael Tiddes ('A Haunted House,' 'Fifty Shades of Black') and is written by Cory Koller, Marlon Wayans and Rick Alvarez. Marlon Wayans, Rick Alvarez ('White Chicks,' 'Marlon'), Todd Garner (The True Memoirs of an International Assassin) and Ryan Lewis (Chosen) are all on board as producers. In addition, Sean Robins, Michael Flynn and Paul Hanson will serve as executive producers.

'Naked' is scheduled to begin production this October in Charleston, South Carolina. An exact release date has not been announced yet, but the film will premiere globally on Netflix in 2017.