The streaming documentary series will return to Netflix in May.

Netflix has announced a premiere date for 'Chef's Table.' The show's second season will debut on May 27. In addition, the third season is set for later this year and the fourth season is scheduled for 2017.

"We are thrilled to continue our partnership with David Gelb and his team. We couldn't think of a better way to follow such a visually stunning and engrossing first season than to profile 16 more exceptional chefs and to share their deeply personal stories with our members around the world. David's unique vision takes viewers around the world experiencing the secret richness of street food to the most celebrated kitchens in the world," said Lisa Nishimura, Netflix Vice President of Original Documentary Programming. 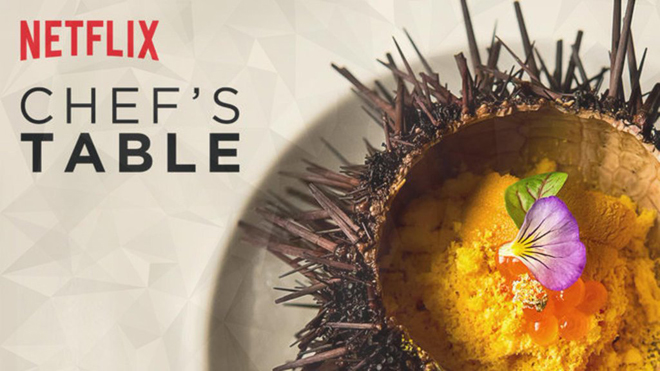 "With a wide range of disciplines and culinary talent, there was no way we could pack all of the incredible chef stories into one season," adds creator David Gelb. "I'm particularly excited that we will have episodes dedicated to female chefs Ana Ros, Dominique Crenn, Jeong Kwan, Nancy Silverton, and Adeline Grattard -- who will be one of four chefs we will highlight in our French season. I am beyond honored to be able to share a more personal look into each of these chefs’ lives with gastronomy experts and global households alike!"

The entire six episode first season of 'Chef's Table' is now available to stream on Netflix.  A current Netflix subscription starts at $10 for HD streaming and $12 for Ultra HD streaming.