Coming Soon to Streaming: 'How It Ends,' 'Ozark,' and More

A new post apocalyptic thriller and the latest season of Ozark are among this week's collection of streaming trailers.

Netflix and Amazon have released new previews and info for several of their upcoming programs and films. Here's a full rundown of titles scheduled to arrive on each service:

How It Ends (Netflix, July 13) - As a mysterious apocalypse causes the spread of misinformation and violence, a man and his estranged father-in-law race across a chaotic and fractured country to save his pregnant wife. Starring Theo James, Forest Whitaker and Kat Graham.

Sugar Rush (Netflix, July 13) - The new, relentlessly fast-paced baking competition that challenges brilliant bakers to create sweet treats that look and taste amazing – all against the clock. Who will race to the finish and win $10,000? Hunter March hosts while world-class pastry chefs Candace Nelson and Adriano Zumbo judge.

All About The Washingtons (Netflix, August 10) - An autobiographical scripted family sitcom that follows Joey Washington (Rev Run aka Joseph Simmons) and his wife Justine Washington (Justine Simmons), playing fictionalized versions of themselves raising a family of family kids. After Joey decides to retire from a long career as legendary hip-hop royalty, his wife Justine, takes advantage of the opportunity to pursue a career of her own now that Joey is available to focus on raising the kids and keeping the house in order. Their kids are portrayed by rising stars Kiana Ledé, Nathan Anderson, Leah Rose Randall and Maceo Smedley.

Ozark: Season 2 (Netflix, August 31) - In its much-anticipated second season, Ozark continues to follow Marty Bryde and his family as they navigate the murky waters of life within a dangerous drug cartel. With Del out, the crime syndicate sends their ruthless attorney Helen Pierce to town to shake things up just as The Byrdes are finally settling in. Marty and Wendy struggle to balance their family interests amid the escalating dangers presented by their partnerships with the power-hungry Snells, the cartel and their new deputy, Ruth Langmore, whose father Cade has been released from prison. The stakes are even higher than before and The Byrdes soon realize they have to go all in before they can get out.

Ingobernable: Season 2 (Netflix, September 14) - Emilia Urquiza (Kate del Castillo) will become a true revolutionary leader. She will come to the realization that corruption is not only found in her country, but also within her own family. This awakening will be linked to a long quest to save her daughter María while still discovering what is really behind the Urquiza legacy. Ingobernable is produced by Argos and created by Epigmenio Ibarra, Veronica Velasco and Natasha Ybarra-Klor. Additionally, Epigmenio Ibarra, Veronica Velasco and Arturo del Rio serve as executive producers while Julian Meiojas and Natasha Ybarra-Klor as lead writers and co-executive producers for the series. The series is directed by Lucia Puenzo, Pedro Pablo “Pitipol" Ibarra and Carlos Carrera.

Aggretsuko: Season Two (Netflix, Coming in 2019) - Retsuko is a 25-year-old red panda who is an office associate in the accounting department of a trading company in Tokyo. All she wants is to do her job and get through the day, but when frustrations reach a boiling point, she vents through death metal.

In addition, Netflix is currently filming Dolemite Is My Name! starring Eddie Murphy and Keagan-Michael Key. The upcoming biopic is based on the life of Rudy Ray Moore and comes from director Craig Brewer (Hustle & Flow). An exact release date has not been announced yet, but the movie is set to hit Netflix in 2019. Additional cast members include Wesley Snipes (Blade trilogy, The Expendables 3), Mike Epps (Next Friday, The Hangover), Craig Robinson (Brooklyn Nine-Nine, The Office), Tituss Burgess (Unbreakable Kimmy Schmidt) and Da’Vine Joy Randolph (Office Christmas Party).

Here's a logline per the press release: Real life story of the irreverent Rudy Ray Moore, a "larger than life" comedian, musician, singer, actor, and film producer in the 1970’s. When he couldn’t get work in Hollywood, he simply created his own - including the most well-known Blaxploitation film of all time, Dolemite. 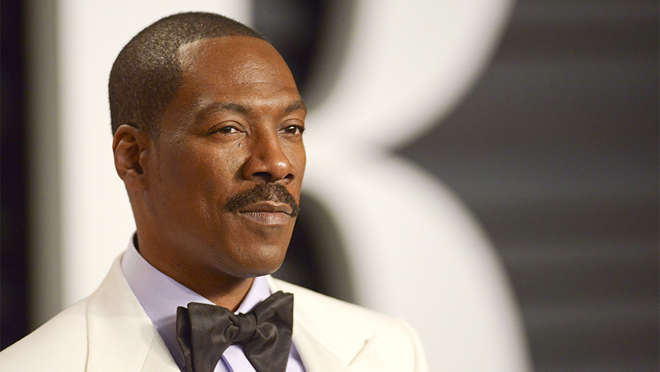 Eat. Race. Win. (Amazon Prime Video, July 27) - Go behind the scenes for an on and off-the-bike adventure into the biggest annual sporting event on the planet: The Tour de France. Chef Hannah Grant, the Queen of Performance Cooking, takes you on her race within the race sourcing fuel-packed food across this rich culinary landscape for Australia's pro cycling team, Orica-Scott, as Sports Director Matthew White encourages his riders to victory.

Tom Clancy's Jack Ryan (Amazon Prime Video, August 31) - When CIA analyst Jack Ryan stumbles upon a suspicious series of bank transfers his search for answers pulls him from the safety of his desk job and catapults him into a deadly game of cat and mouse throughout Europe and the Middle East, with a rising terrorist figurehead preparing for a massive attack against the US and her allies.