A new series starring Emma Stone and Jonah Hill, and the latest season of Marvel's Iron Fist are among this week's streaming trailers.

Netflix and Amazon have released new previews and info for several of their upcoming programs and films. In addition, FilmStruck has announced its new August lineup of movies for the Criterion Channel. Here's a full rundown of titles scheduled to arrive on each service:

Ozark: Season 2 (Netflix, August 31) - In its much-anticipated second season, Ozark continues to follow Marty Bryde and his family as they navigate the murky waters of life within a dangerous drug cartel. With Del out, the crime syndicate sends their ruthless attorney Helen Pierce to town to shake things up just as The Byrdes are finally settling in. Marty and Wendy struggle to balance their family interests amid the escalating dangers presented by their partnerships with the power-hungry Snells, the cartel and their new deputy, Ruth Langmore, whose father Cade has been released from prison. The stakes are even higher than before and The Byrdes soon realize they have to go all in before they can get out.

Marvel’s Iron Fist: Season 2 (Netflix, September 7) - Billionaire Danny Rand (Finn Jones) returns to New York City after being missing for years, trying to reconnect with his past and his family legacy. He fights against the criminal element corrupting New York City with his martial arts mastery and ability to summon the awesome power of the fiery Iron Fist.

On My Skin (Netflix, September 12) - The incredible true story behind the most controversial Italian court cases in recent years. Stefano Cucchi was arrested for a minor crime and mysteriously found dead during his detention. In one week’s time, a family is changed forever.

Maniac (Netflix, September 21) - Set in a world somewhat like our world, in a time quite similar to our time, Maniac tells the stories of Annie Landsberg (Emma Stone) and Owen Milgrim (Jonah Hill), two strangers drawn to the late stages of a mysterious pharmaceutical trial, each for their own reasons. Annie’s disaffected and aimless, fixated on broken relationships with her mother and her sister; Owen, the fifth son of wealthy New York industrialists, has struggled his whole life with a disputed diagnosis of schizophrenia. Neither of their lives have turned out quite right, and the promise of a new, radical kind of pharmaceutical treatment—a sequence of pills its inventor, Dr. James K. Mantleray (Justin Theroux), claims can repair anything about the mind, be it mental illness or heartbreak—draws them and ten other strangers to the facilities of Neberdine Pharmaceutical and Biotech for a three-day drug trial that will, they’re assured, with no complications or side-effects whatsoever, solve all of their problems, permanently. Things do not go as planned. Maniac is created by Patrick Somerville, and directed by Cary Joji Fukunaga.

Nappily Ever After (Netflix, September 21) - Violet Jones has a seemingly flawless life – a great job, a handsome doctor boyfriend, and a meticulously maintained perfect coiffure. But after an accident at the hair-dresser, each of these things start to unravel, and Violet begins to realize that she was living the life she thought she was supposed to live, not the one that she really wanted. Starring Sanaa Lathan, Ricky Whittle, Lyriq Bent with Ernie Hudson and Lynn Whitfield.

Forever Season 1 (Amazon Prime Video, September 14) - Married couple June (Maya Rudolph) and Oscar (Fred Armisen) live a comfortable but predictable life in suburban Riverside, California. For 12 years they’ve had the same conversations, eaten the same meals and taken pleasant vacations at the same rented lake house. But after June talks Oscar into shaking things up with a ski trip, the pair suddenly find themselves in completely unfamiliar territory. Forever is an utterly original, insightful and poignant comedy about love, commitment, and marriage, created by Emmy Award-winning writers Alan Yang (Master of None, Parks and Recreation) and Matt Hubbard (30 Rock, Parks and Recreation).

Finally, Criterion has revealed its August lineup of films set to hit the Criterion Channel on the FilmStruck streaming service. Here's a full rundown of titles premiering in August:

The World, the Flesh and the Devil, Ranald MacDougall, 1959 (August 1) 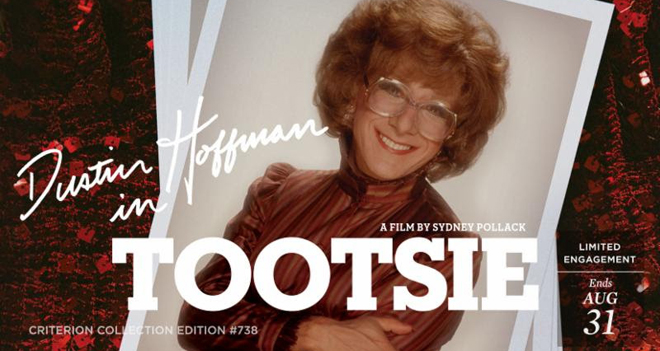