Netflix has released a new date announcement teaser for Stranger Things: Season 3. New episodes are set to hit the streaming platform on July 4, 2019.

Check out the date announcement teaser below!

Season three of Stranger Things will consist of eight episodes. The recently revealed episode titles will be: "Suzie, Do You Copy?," "The Mall Rats," "The Case of the Missing Lifeguard," "The Sauna Test," "The Source," "The Birthday," "The Bite," and "The Battle of Starcourt."

In addition, Netflix has also released the first poster for the new season playing off the summer and 4th of July setting. Check out the poster below! 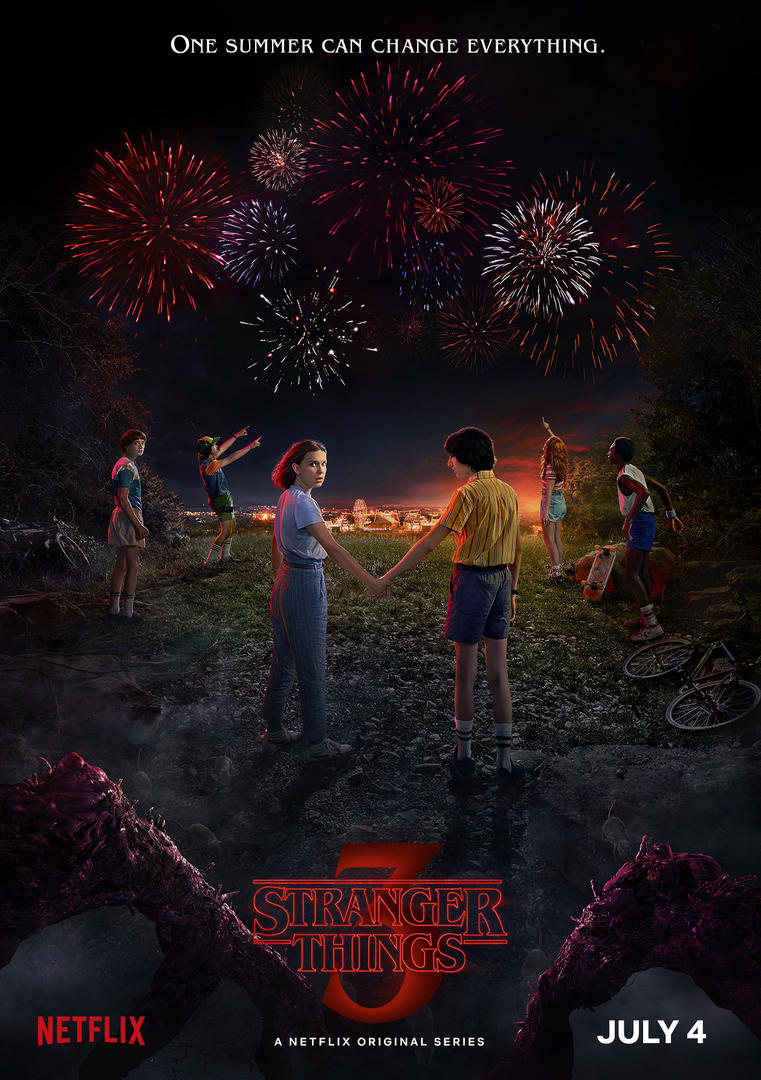