The streaming service has renewed both shows.

"Jenji and her team have produced a phenomenal and impactful series that is both funny and dramatic, outrageous and heartfelt. Audiences around the world have come to love the ladies and men of Orange is the New Black, and we are eager to see where three more seasons will take them," said Cindy Holland, Vice President of Original Content at Netflix. 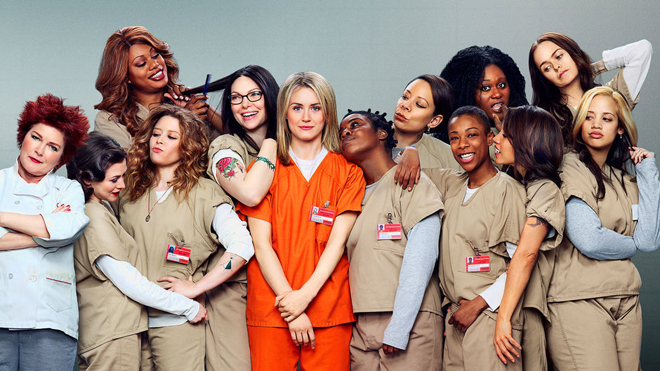 'Orange is the New Black' is an hour-long series that stars Taylor Schilling, Uzo Aduba, Kate Mulgrew, Laura Prepon, Laverne Cox, Dascha Polanco, Danielle Brooks, Selenis Leyva, Samira Wiley, Taryn Manning, Yael Stone, Jackie Cruz, Lea DeLaria, Adrienne C. Moore and Elizabeth Rodriguez, along with Michael Harney and Nick Sandow. The show is based on the best-selling memoir of the same name by Piper Kerman, and follows a privileged New Yorker who ends up in a women's prison when a past crime catches up with her. The series is produced by 'Weeds' creator Jenji Kohan.

'Masters of None' is a comedy/drama series created by and starring Aziz Ansari. The show follows New Yorker Dev as he tackles such pillars of maturity as his first big job, a serious relationship, and busting sex offenders on the subway. Co-stars include Noel Wells, Lena Waithe, H. Jon Benjamin, Eric Wareheim and Kelvin Yu.