The documentary film will hit Netflix later this year.

Netflix has acquired the worldwide rights to director Joe Piscatella's 'Joshua: Teenager vs. Superpower.' The critically acclaimed documentary recently had its world premiere at the Sundance Film Festival.

When the Chinese Communist Party threatens its promise of autonomy to Hong Kong, teenager Joshua Wong decides to save his homeland. Rallying thousands of kids to skip school and occupy the streets, Joshua becomes an unlikely leader in Hong Kong and one of China’s most notorious dissidents. A remarkable portrait of courage, resilience and youthful idealism, Joshua: Teenager vs. Superpower demonstrates how one young man mortgages his own future to try and save his city. 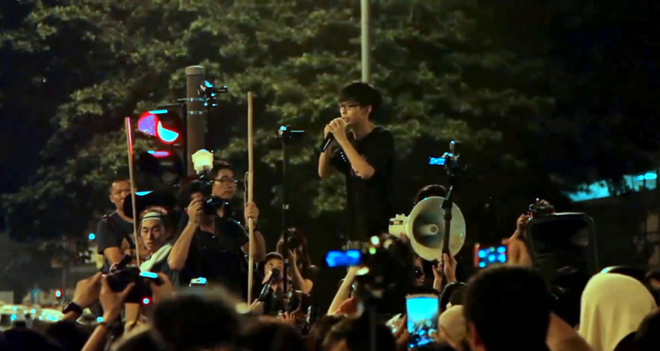 "Joshua: Teenager vs. Superpower is a filmmaking triumph," says Lisa Nishimura, Netflix VP of Original Documentaries. "Piscatella has woven together the complex and inspirational story of an unlikely activist, whose acts of bravery and conviction need to be seen around the world. In an era where we are witnessing heightened civic participation and freedom of expression, we are pleased to offer a global platform for audiences to engage on these issues."

An exact release date has not been announced yet, but the movie is set to start streaming globally through Netflix later this year.

An exact release date has not been announced yet, but the movie is set to start streaming globally through Netflix later this year.