COWBOY BEBOP Live Action Series in the Works for Netflix

Netflix has announced plans to develop a live action show based on the popular anime series Cowboy Bebop. The anime originally premiered in Japan in 1998 and aired in the US as part of Cartoon Network's Adult Swim programming block.

Though full details on the upcoming adaptation have not been revealed yet, here's a preliminary synopsis per Netflix:

Based on the worldwide phenomenon from Sunrise Inc., Cowboy Bebop is the jazz-inspired, genre-bending story of Spike Spiegel, Jet Black, Faye Valentine and Radical Ed: a rag-tag crew of bounty hunters on the run from their pasts as they hunt down the solar system’s most dangerous criminals. They’ll even save the world…for the right price. 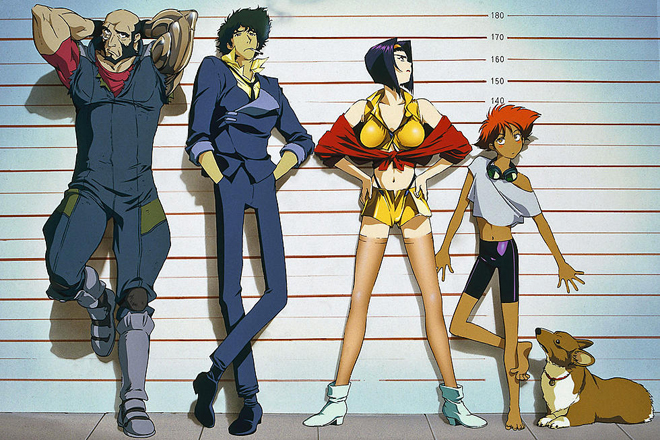 The new live action series will be a co-production between Netflix and Tomorrow Studios (a partnership between Marty Adelstein and ITV Studios). The initial order will consist of 10 episodes, and Christopher Yost (Thor: The Dark World, Thor: Ragnarok) is set to pen the first installment.

Meanwhile, Andre Nemec, Josh Appelbaum, Jeff Pinkner and Scott Rosenberg of Midnight Radio are all attached as Showrunners / Executive Producers. In addition, Marty Adelstein and Becky Clements of Tomorrow Studios (Snowpiercer, Good Behavior); Yasuo Miyakawa, Masayuki Ozaki, and Shin Sasaki of Sunrise Inc; and Tetsu Fujimura and Matthew Weinberg are all listed as Executive Producers as well. Likewise, the anime's original director, Shinichiro Watanabe, is on board as a consultant.

The Cowboy Bebop anime series ran for 26 episodes. In addition, a feature-length anime film titled Cowboy Bebop: Knockin' on Heaven's Door was produced in 2001 following the end of the show. The complete series and movie are now available on Blu-ray.