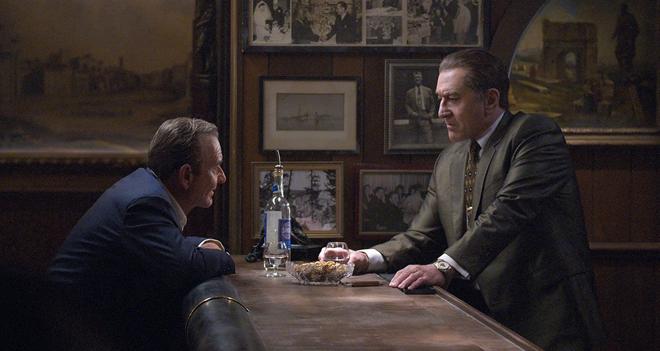 Following an initial teaser, Netflix has released an official trailer for The Irishman. The movie comes from director Martin Scorsese and is set to premiere at the New York Film Festival on September 27, 2019 before expanding to select theaters on November 1, and then Netflix streaming on November 27.

Robert De Niro, Al Pacino and Joe Pesci star in Martin Scorsese’s The Irishman, an epic saga of organized crime in post-war America told through the eyes of World War II veteran Frank Sheeran, a hustler and hitman who worked alongside some of the most notorious figures of the 20th Century. Spanning decades, the film chronicles one of the greatest unsolved mysteries in American history, the disappearance of legendary union boss Jimmy Hoffa, and offers a monumental journey through the hidden corridors of organized crime: its inner workings, rivalries and connections to mainstream politics.

In addition to De Niro, Pacino, and Pesci, the movie also stars Harvey Keitel, Anna Paquin, Jesse Plemons, Bobby Cannavale, Ray Romano, Jack Huston, Stephen Graham, and Aleksa Palladino. As depicted in the trailer, the film takes place over many years, and a combination of makeup and digital de-aging techniques by Industrial Light & Magic have been employed to make some of the cast appear younger in certain scenes.