Check out the latest crop of previews and announcements for new streaming shows and movies.

Netflix. Amazon, and Hulu have released trailers and other info for several of their upcoming series and films.

Mercury 13 (Netflix, April 20) - The remarkable story of the women who were tested for spaceflight in 1961 before their dreams were dashed in being the first to make the trip beyond Earth. NASA’s ‘man in space’ program, dubbed ‘Project Mercury’ began in 1958. The men chosen - all military test pilots - became known as The Mercury 7. But away from the glare of the media, behind firmly closed doors, female pilots were also screened. Thirteen of them passed and, in some cases, performed better than the men. They were called the Mercury 13 and had the ‘right stuff’ but were, unfortunately, the wrong gender. Underneath the obsession of the space race that gripped America, the Mercury 13 women were aviation pioneers who emerged thirsty for a new frontier, but whose time would have to wait. The film tells the definitive story of thirteen truly remarkable women who reached for the stars but were ahead of their time. A Netflix original documentary directed by David Sington (The Fear of 13) and Heather Walsh.

Kevin James: Never Don’t Give Up - (Netflix, April 24) - Kevin James, one of the most successful stand-up artists and comic actors of today, returns for his first stand-up comedy special in 17 years. Using his signature comedic timing and hilarious observations that successfully highlight the absurdity in everyday situations, James touches upon a myriad topics including awkward fan photos, how encores in the entertainment industry are insincere, annoying food allergies and the unique abilities (or lack thereof) that his children possess.

Bobby Kennedy For President (Netflix, April 27) - The eye-opening and transformative four-part docuseries Bobby Kennedy for President utilizes rare and never-before-seen archival footage – much of it digitized for the first time – to transport us to a turbulent and dynamic era, letting Bobby's voice and viewpoint be the guiding force. With new interviews with RFK confidantes and staffers including William Vanden Heuvel, Dolores Huerta, Rep. John Lewis, Harry Belafonte, Paul Schrade, Marian Wright Edelman and Peter Edelman, acclaimed director Dawn Porter (Trapped, Spies of Mississippi, Gideon's Army) reveals anew what America gained and what it lost in the life, vision, politics, and hope of Bobby Kennedy.

Busted! (Netflix, May 4) - A hilarious panel of Korean entertainment icons team up with some of the biggest names in K-Drama in this madcap whodunit variety show. More “Keystone Cops” than “Sherlock Holmes," each episode sees our cast of bumbling detectives solve a different mystery based on vignettes presented by famous Korean actors and comedians. An overarching plot unfolds throughout the series, and the tension mounts as the panel edges closer to the awful truth.

End Game (Netflix, May 4) - Where will loved ones spend their last days? Who will be in the room? What feelings and secrets need to be shared with family before it is too late? Acclaimed Academy Award-winning filmmakers Rob Epstein and Jeffrey Friedman (The Times of Harvey Milk, The Celluloid Closet, Paragraph 175) probe these questions and more in the context of two San Francisco Bay Area medical facilities on the forefront of creating new paradigms for end of life decisions with grace.

Cargo (Netflix, May 18) - From the producer of The Babadook, and starring Martin Freeman, comes Cargo. Based on the viral short film, this is the story of a man and his infant daughter who are stranded in the middle of a zombie apocalypse in rural Australia. And when he becomes infected, the countdown begins for him to find her protection before he changes forever.

In addition, Netflix has also announced a third season renewal for Marvel's Jessica Jones. The show stars Krysten Ritter as the title character, Rachael Taylor as Trish Walker, Carrie-Anne Moss as Jeri Hogarth, and Eka Darville as Malcolm Ducasse. Season two recently premiered through Netflix on March 8. The series follows a super-powered private investigator in NYC and is based on the Marvel comic book character. An exact release date for the third season has not been announced yet. 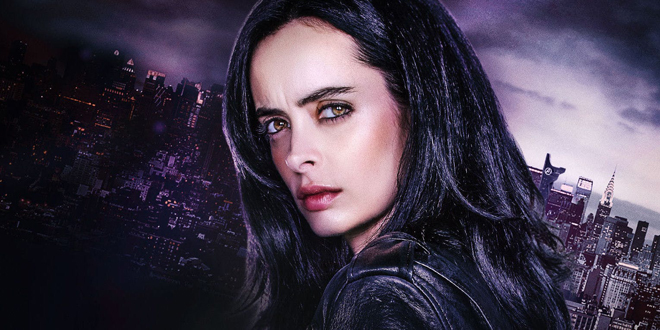 All or Nothing: The Dallas Cowboys (Amazon Prime Video, April 27) - Takes viewers inside the locker room, on the sidelines and off the field for an unprecedented look inside an NFL franchise’s season. Season three follows the Dallas Cowboys through their tumultuous 2017 season, which they enter with Super Bowl aspirations and exit with disappointment, just short of the playoffs after a roller-coaster of controversy and emotion.