Netflix has released its first app for virtual reality headsets. The new app for Oculus VR devices allows subscribers to watch Netflix content in a virtual environment. Click here for detailed information about how the app works! 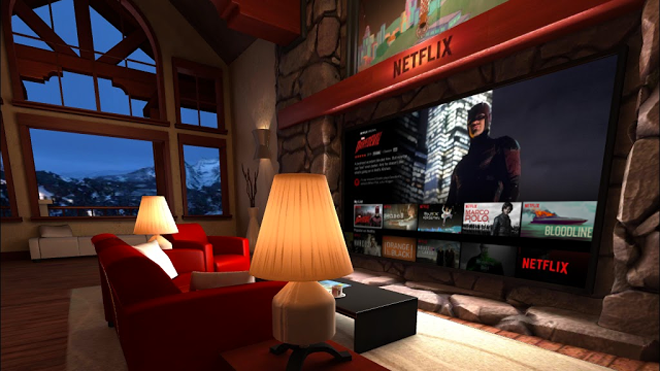 In addition to Netflix, other streaming services like Hulu, Twitch, and Vimeo have also announced plans to release Oculus VR apps. Like Netflix, The Hulu app will also allow customers to watch 2D streaming content in a virtual environment. For instance, viewers streaming episodes of 'Seinfeld,' will be able to watch the show in a recreation of Jerry's apartment. Likewise, the company will be releasing original virtual reality short-form content as well. The first of these VR shorts is called 'The Big One' and features a meteor shower that turns into an apocalyptic nightmare.

"Hulu lives at the intersection of technology and entertainment, and this is a great example," said Julian Eggebrecht, Hulu VP of Device Platforms. "Providing viewers with dynamic environments of their choice and themed around their favorite shows provides a whole new level of engagement, which together with our cinematic VR experiences makes Hulu an exciting VR destination."

Netflix for Oculus VR is now available on the Samsung Gear VR headset. Release dates for the other streaming services have not been announced yet.