The second season of the hit Netflix series is now available on both formats only at Target.

Stranger Things: Season 2 has appeared from the Upside Down on 4K Ultra HD Blu-ray and Blu-ray on November 6 only at Target stores.

The Upside Down is back and things keep getting stranger in Season 2 of the beloved series, Stranger Things. Enjoy a trip down memory lane with this nostalgic Collector’s Edition designed to look like an old rental tape. This binge worthy show will have you on the edge of your seat as you head back to Hawkins as things are not as normal as they might seem.

Both releases have collectible VHS packaging.

You can find the latest specs for Stranger Things: Season 2 linked from our 4K and Blu-ray Release Schedules, where it is indexed under November 6. 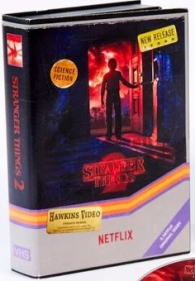 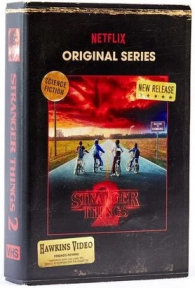