The comedy series will return for a new season next year.

Netflix has officially announced a season five pickup for Arrested Development. The new season is set to start streaming exclusively through Netflix in 2018. The entire series regular cast and creator Mitchell Hurwitz will all be returning for the new episodes. 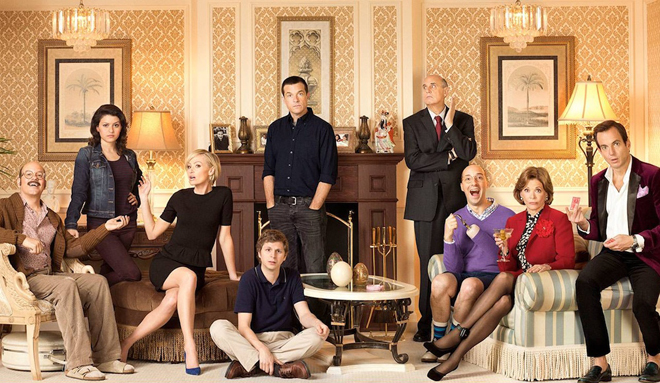 "In talks with Netflix we all felt that stories about a narcissistic, erratically behaving family in the building business -- and their desperate abuses of power -- are really underrepresented on TV these days," said series creator Mitchell Hurwitz. He added, "I am so grateful to them and to 20th TV for making this dream of mine come true in bringing the Bluths, George Sr., Lucille and the kids; Michael, Ivanka, Don Jr., Eric, George-Michael, and who am I forgetting, oh Tiffany. Did I say Tiffany? — back to the glorious stream of life."

The series originally aired for three seasons on Fox before its cancellation in 2006. Netflix then revived the show for a fourth season in 2013. All four seasons of the show are now available to stream through Netflix.

"Arrested Development brings us structures, outerwear and choreography like no other comedy in history,” mused Netflix chief content officer Ted Sarandos, leafing through photos of the banana stand, never nudes and Chicken Dances. “Season Four marked the first foray by Netflix into original comedy programming and this time, the Bluths will collectively be spending more quality time with their millions of fans around the world”