Trailers, release dates, casting, and more have been revealed for various streaming titles.

Netflix and Amazon have released new trailers, date announcements, and other info for several of their upcoming shows and movies, including Orange is the New Black, Bloodline, Gypsy, War Machine, The Irishman, All or Nothing, and more.

Tracy Morgan: Staying Alive (Netflix, May 16) - Following his serious car accident, Tracy Morgan makes his return to stand-up to joke about being in a coma, talking to God, and his family's eccentricities.

War Machine (Netflix, May 26) - In a film for our times, writer-director David Michôd (Animal Kingdom) recreates a U.S. General’s roller-coaster rise and fall as part reality, part savage parody – raising the specter of just where the line between them lies today. His is an anti-establishment, pro-soldier exploration in the form of an absurdist war story of a born leader’s ultra-confident march right into the dark heart of folly. At the story’s core is Brad Pitt’s sly take on a successful, charismatic four-star general who leapt in like a rock star to command NATO forces in Afghanistan, only to be taken down by his own hubris and a journalist’s no-holds-barred expose. War Machine addresses the debt we owe to soldiers to question the purposes to which they are being directed.

Bloodline: Season Three (Netflix, May 26) - The Emmy®, Golden Globe®, and WGA nominated dramatic thriller explores the demons lurking beneath the surface of a contemporary American family. In Bloodline, the Rayburns are hard-working pillars of their Florida Keys community, but their past contains dark secrets that they hope remain buried. Paranoia and mistrust build as lies pile up, alliances are shattered, and an unthinkable crime takes place. The tight-knit family's formerly harmonious relationship deteriorates, and good people are forced to consider doing very bad things.

Orange is the New Black: Season Five (Netflix, June 9) - An hour-long series based on the best-selling memoir of the same name by Piper Kerman, and follows a privileged New Yorker who ends up in a women's prison when a past crime catches up with her. The show stars Taylor Schilling, Uzo Aduba, Kate Mulgrew, Laura Prepon, Laverne Cox, Dascha Polanco, Danielle Brooks, Selenis Leyva, Samira Wiley, Taryn Manning, Yael Stone, Jackie Cruz, Lea DeLaria, Adrienne C. Moore and Elizabeth Rodriguez, along with Michael Harney and Nick Sandow. The series is produced by 'Weeds' creator Jenji Kohan.

Gypsy (Netflix, June 30) - The show focuses on Jean Holloway (Naomi Watts) – a therapist who begins to develop dangerous and intimate relationships with the people in her patients' lives.

Game Over, Man! (Netflix, April 20, 2018) - In this action comedy, three friends are on the verge of getting their video game financed when their benefactor is taken hostage by terrorists.

According to a report from Indiewire, Netflix has officially greenlit Martin Scorsese's The Irishman. The upcoming film is set to start production in August and will star Robert De Niro as mob hitman, Frank "The Irishman" Sheeran. Additional cast members will also include Al Pacino, Joe Pesci, Bobby Cannavale, and Harvey Keitel. The script is written by Steve Zaillian and is based on Charles Brandt's book, "I Heard You Paint Houses." Flashback scenes will also be a part of the story, and De Niro is reportedly set to be digitally de-aged to around 30 years old by Industrial Light & Magic for these sequences. An exact release date has not been announced yet, but the movie is being eyed for a 2019 Netflix release day-and-date with a limited Oscar-qualifying run. 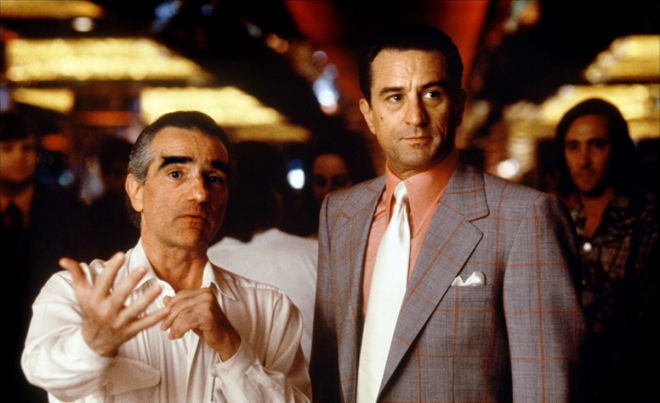 In addition, Netflix has also confirmed a season two pickup for its original series 13 Reasons Why. A release date has not been announced yet. The first season is available to stream now. Based on the best-selling books by Jay Asher, the Netflix Original Series 13 Reasons Why follows Clay Jensen (Dylan Minnette) as he returns home from school to find a mysterious box with his name on it lying on his porch. Inside he discovers cassette tapes recorded by Hannah Baker—his classmate and crush—who tragically committed suicide two weeks earlier. On tape, Hannah explains that there are thirteen reasons why she decided to end her life. Will Clay be one of them?

Le Mans: Racing is Everything (Amazon Prime Video, June 9) - A lifetime to prepare. 24 hours to win it all. Experience the thrill of the most elite endurance motorsport race in the world in the new Amazon Original Series Le Mans: Racing is Everything available to stream June 9th on Amazon Prime Video. Experience unprecedented access to the best in class teams, high-tech cars, and professional drivers who put it all on the line in what's known as "the Mount Everest of motorsports."

All or Nothing: A Season with the Los Angeles Rams (Amazon Prime Video, June 30) - In the second season of this Emmy-winning sports docu-series, we get an unprecedented inside look at the year-long transition of the Los Angeles Rams. Go inside the locker room, onto the practice fields and into the homes of players and coaches as they search for a new identity to go along with their new home and fight for their future together.