Streaming News Roundup: 'Master of None,' 'Sense8,' Catastrophe,' and More

Trailers, release dates, and season pick-ups have been revealed for various streaming titles.

Netflix and Amazon have released new trailers for several of their upcoming shows and movies, including Master of None, Sense8, Dear White People, Cable Girls, Tramps, and Catastrophe.

Master of None: Season Two (Netflix, May 12) - After traveling abroad, Dev (Aziz Ansari) returns to New York to take on challenges in his personal and family life, a new career opportunity, and a complex, developing relationship with someone very meaningful to him.

Sense8: Season Two (Netflix, May 5) - From renowned creative geniuses Lana Wachowski, Grant Hill, and J. Michael Straczynski, Sense8 is centered around eight characters, from different parts of the world, who experience a violent vision, and soon find themselves mentally connected by the experience. They become connected, able to see and talk to each other as though they were in the same place, with access to each other's deepest secrets. Not only must the eight adapt to this new ability and to each other, they must figure out why their lives are now in jeopardy. In Season 2, dark forces continue to track the cluster of eight connected characters. The sensates will learn more about BPO, the secret organization searching for their cluster and others like them, and will work to protect themselves from this organization that is out to hunt and kill them.

Dear White People (Netflix, April 28) - Set among a diverse group of students of color as they navigate a predominantly white Ivy League college where racial tensions are often swept under the rug, Dear White People is a send up of "post-racial" America that also weaves a universal story about forging one's own unique path.

Cable Girls (Netflix, April 21) - Being a woman in 1928 was no easy task. Four women in search of independence are brought together through their work as telephone operators. Netflix's first original Spanish series is here and features Blanca Suárez, Ana Fernández, Nadia de Santiago, Maggie Civantos, Ana Polvorosa, Yon González, and Martiño Rivas, among others.

Tramps (Netflix, April 21) - In Tramps, Danny is an aspiring chef whose hustler brother asks him to complete a job for him. It all seems simple enough: meet a driver with a briefcase, proceed to a rendez-vous spot and exchange one briefcase for another. But Danny swaps the wrong bag, sending him and the driver Ellie on a two-day odyssey through the boroughs and suburbs of New York City. The film was produced by Joshua Astrachan, David Kaplan, Andrea Roa and Jamund Washington. Director of Photography is Ashley Connor. Production Design by Erin Magill. Costume design is by Brooke Bennett. Original Music by Nicholas Britell. From Animal Kingdom and Beachside and Rooks Nest Entertainment.

Catastrophe: Season Three (Amazon, April 28) - Rob Delaney and Sharon Horgan write and star in this R-rated comedy about a one-week stand between a Boston ad exec and a London schoolteacher that leads to an accidental pregnancy. When Rob moves to the UK to help figure things out, cultures clash and hormones flare as these two realize they don't know the first thing about each other. In the third season of this Emmy-nominated comedy, we pick up where we left off with Rob and Sharon on shaky ground following Rob’s discovery of a suspicious receipt. Their relationship will be put to the ultimate test as they tackle marriage, career and family. Will their love and laughter be enough to keep them together or are they too different to make it work?

Meanwhile, Amazon has greenlit The Marvelous Mrs. Maisel for a two season order. The show is written and directed by Amy Sherman-Palladino (Gilmore Girls) and executive produced by Daniel Palladino (Family Guy) and Sherman-Palladino. It's 1958 Manhattan and Miriam "Midge" Maisel (Rachel Brosnahan, House of Cards) has everything she’s ever wanted—the perfect husband, two kids, and an elegant Upper West Side apartment perfect for hosting Yom Kippur dinner. But her perfect life suddenly takes an unexpected turn and Midge discovers a previously unknown talent—one that changes her life forever. She charts a course that takes her from her comfortable life on Riverside Drive, through the basket houses and nightclubs of Greenwich Village as she storms the world of stand-up comedy…a course that will ultimately lead her to a spot on Johnny Carson’s couch. The Marvelous Mrs. Maisel also stars Michael Zegen (Boardwalk Empire) as Midge’s husband Joel Maisel, Alex Borstein (Family Guy) as Susie Myerson, Golden Globe winner and three-time Emmy Winner Tony Shalhoub (Monk) as Midge’s father Abe Weinberg, and Marin Hinkle (Two and a Half Men) as Midge’s mother Rose Weinberg. 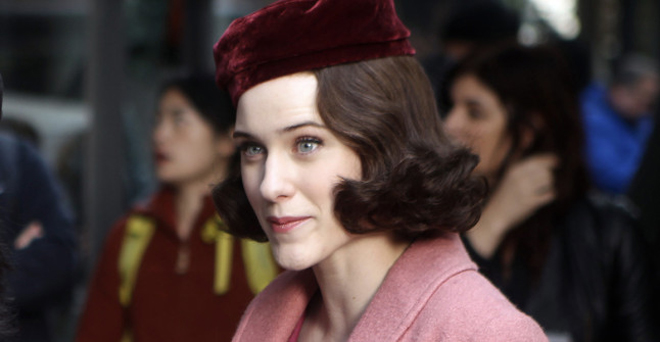 Finally, per a story from Deadline, Hulu has announced a 13-episode season three renewal for The Path. The show follows a family at the center of a controversial cult movement as they struggle with relationships, faith and power. Each episode takes an in-depth look at the gravitational pull of belief and what it means to choose between the life we live and the life we want. The series blends elements of mystery-thriller, romance and the supernatural. 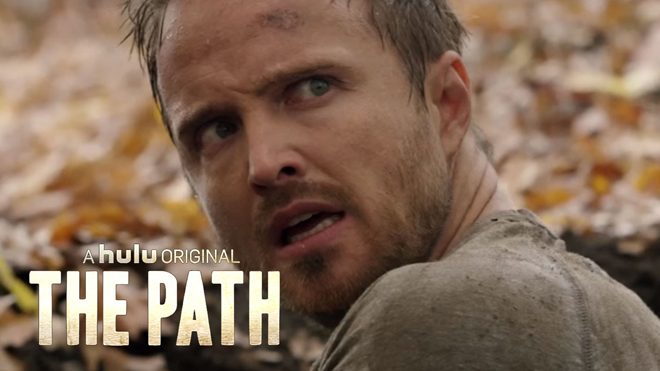