Amazon Announces July Premiere for 'All or Nothing' Football Documentary Series

The upcoming streaming series now has a premiere date.

Amazon has announced a launch date for its newest original show. 'All or Nothing' is a football documentary series that will focus on the Arizona Cardinals. The show is being produced by NFL Films and is now set to premiere on July 1.

"All or Nothing delivers exciting on-the-field  action paired with an intimate look inside the lives of players and coaches over the course of an entire season, which is something  fans have been clamoring for," said , Head of Unscripted, Amazon Studios. "With our Amazon Original Series, we are excited to bring Prime members shows that highlight interesting personalities and their true life stories." 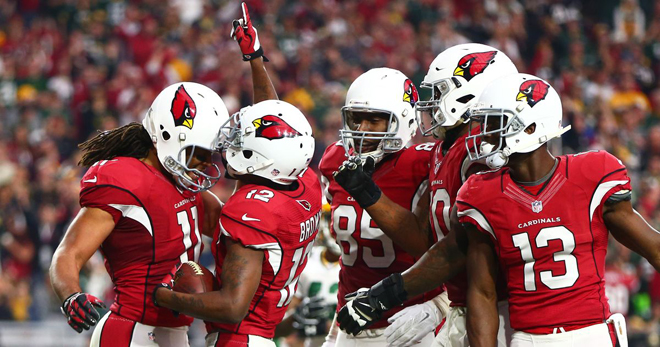 'All or Nothing' is the first series to take viewers inside the locker room, on the sidelines, and off the field for an unprecedented look inside an NFL franchise's complete season. Season one picks up with the Arizona Cardinals following the season-ending injury to quarterback Carson Palmer in the 2014 season. Head coach Bruce Arians, President Michael Bidwill and general manager Steve Keim, along with Pro Bowlers Palmer, wide receiver Larry Fitzgerald, cornerback Patrick Peterson and safety Tyrann Mathieu are ready for the challenge of a season that would result in an NFC West title and a trip to the conference championship game.

The series will be narrated by actor Jon Hamm, and will consist of eight, hour long episodes. Executive producers include Jordan Levin, Ross Ketover, and Pat Kelleher. The show will be available for Amazon Prime members starting July 1. In addition, all Amazon customers will be able to watch the show through the Amazon Video app for TVs, connected devices including Fire TV, and mobile devices or online from July 1 to August 31.

A current Amazon Prime subscription costs $99 per year or $11 per month. Likewise, Prime Video is available as a standalone service for $8 per month.

A current Amazon Prime subscription costs $99 per year or $11 per month. Likewise, Prime Video is available as a standalone service for $8 per month.