Amazon will continue to stream Thursday Night Football games in 2018 and 2019.

The NFL and Amazon have announced a renewal of their streaming partnership. As part of the deal, Amazon will offer live OTT digital streams of Thursday Night Football, Presented by Bud Light worldwide during the 2018 and 2019 NFL Seasons.

"Amazon was a tremendous partner for Thursday Night Football in 2017 and as we continue our mission of delivering NFL games to fans whether they watch on television or on digital platforms, we are excited to work with them again for the next two seasons," said Brian Rolapp, Chief Media and Business Officer for the NFL. "Having over 100 million Amazon Prime members provides a massive platform to distribute Thursday Night Football digitally, not only to our fans in the United States but also around the world." 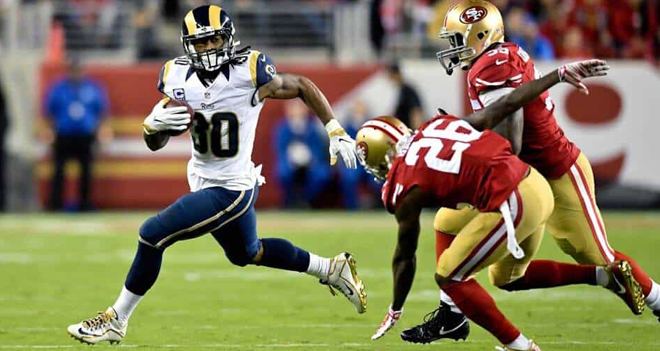 For the 2018 season, Amazon Prime Video will stream the 11 Thursday Night Football games also set to be broadcast by FOX, NFL Network, and FOX Deportes. Prime streams will be available worldwide in over 200 countries and territories via the Prime Video app for TVs, game consoles, and connected devices. Likewise, Thursday Night Football games will also be available through Twitch. And in addition to the game itself, Prime Video streams will include interactive features as well.

"Our customers love to stream football — last year, we successfully debuted NFL Thursday Night Football on Prime Video in the U.S. and around the world," said Jeff Blackburn, Senior Vice President Business Development & Entertainment at Amazon. "We're thrilled to continue our relationship with the NFL and offer Prime members another two seasons of Thursday Night Football."

The 2018 Amazon Prime Video Thursday Night Football schedule is set to launch on September 27 when the Los Angeles Rams host the Minnesota Vikings. All Thursday Night games will kick off at 8:20 PM ET.