Vinyl is continuing its come back in a big way.

As reported by Rolling Stone, vinyl records are on track to earn more revenue than CDs for the first time since 1986. The anticipated milestone is based on recent market data that continues to reveal declining CD sales and growing consumer interest in vinyl.

According to the Recording Industry Association of America's (RIAA) 2018 mid-year report, CD sales are declining about three times as fast as vinyl record sales are growing. This takes us to the RIAA's most recent 2019 mid-year report, which indicates that vinyl record sales generated $224.1 million from 8.6 million units sold in the first half of 2019, while CD sales accounted for $247.9 million from 18.6 million units sold over that same time period. And though revenue from CDs still edges out vinyl, if trends continue at the same pace as they have been, revenue from vinyl sales will soon overtake CDs to become the top selling physical format for music. 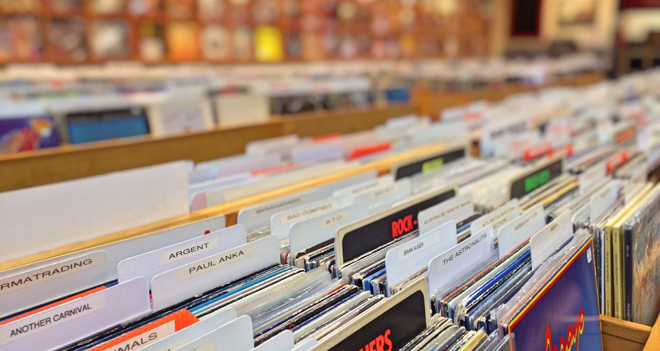 Of course, as impressive as vinyl's resurgence is, both vinyl record and CD sales pale in comparison to digital streaming numbers. Per the RIAA 2019 mid-year report, vinyl sales amounted to 4% of total industry revenues, while paid streaming music subscriptions covered 62%. Add in all streaming service revenues, including those from free ad-supported platforms, and that number rises to a whopping 80%.

So while it's great to see some form of physical media regaining popularity in the market, streaming still continues to dominate the way we listen to music in the 21st century.