The movie-per-day option is officially being removed as the company struggles to stay in business.

Following last week's news of a price increase, MoviePass has now announced plans to alter its standard monthly plan instead. While the company was previously set to raise the monthly fee of its movie-per-day plan to $14.95, the service will now keep its original $9.95 cost and instead reduce the number of eligible movie tickets per month to just three.

In addition, subscribers to the new plan can also receive up to a $5.00 discount for any additional movie tickets. Likewise, despite the company's recent restrictions, the updated plan will also include support for many major studio first-run films, and the service will be suspending Peak Pricing and Ticket Verification for subscribers.

The new plan will launch on August 15. Monthly subscribers will be able to make the transition when their current plan comes up for renewal following that date. Meanwhile, annual members will not be subject to the new three movie limit until it's time to renew their subscription. Reports of MoviePass' severe financial woes first broke last month, placing the platform's future in doubt. The new plan is being implemented to help reduce costs and produce a sustainable business model without resorting to a price increase. According to MoviePass, only 15 percent of its members see four or more movies per month, so the service is expecting the adjusted model to have little effect on the majority of its users. 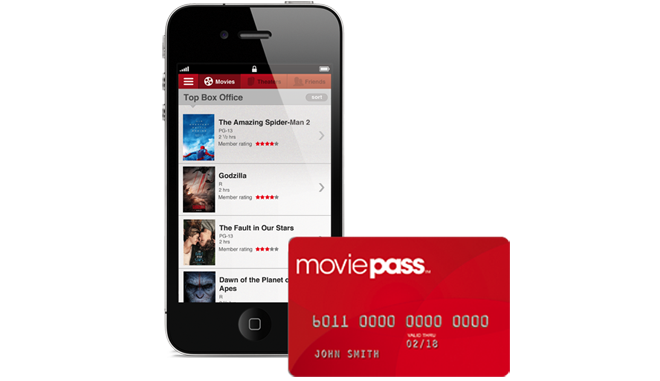 “We are well aware that during our journey to innovate moviegoing — a form of entertainment that over time has become unaffordable and broken — we’ve encountered many challenges. However, any industry-wide disruption like MoviePass requires a tremendous amount of testing, pivoting, and learning,“ said Mitch Lowe CEO of MoviePass. “We discovered over several months of research that our customers value a low monthly price above nearly everything else, so we came together to create a plan that delivers what most of our loyal MoviePass fans want, and one that, we believe, will also help to stabilize our business model. While most of our loyal subscribers shared the passion for this new accessible movie experience and experimented fairly, the fact is that a small number have used our business model to a point where it was compromising the business’ long-term stability. As is true with any new company, we’ve evolved to accommodate what has become an unprecedented phenomenon. We are now creating a framework to provide the vast majority of subscribers with what they want most – low cost, value, variety, and broad availability – and to bring some moderation to the small number of subscribers who imposed undue cost on the system by viewing a disproportionately large number of movies. We believe this new plan is a way for us to move forward with stability and continue to revitalize an entrenched industry and return moviegoing to everyone’s financial reach.”

Beyond MoviePass, AMC recently launched its own rival movie ticket subscription service dubbed AMC Stubs A-List. The platform allows users to see three movies in any format at any AMC theater per week for $20 a month.