'Reach Me' Hits Blu-ray in December

John Herzfeld's star-studded film is bound for Blu-ray this December. You can pre-order it here.

In an early announcement to retailers, Millennium Media will be releasing 'Reach Me' on Blu-ray on December 30.

Led by a stellar ensemble cast, the inspirational dramedy REACH ME tells interwoven stories from a diverse group of people who are united by one thing a powerful book from an anonymous and reclusive author (Tom Berenger). When the book's positive message goes viral, a journalist (Kevin Connolly) and his editor (Sylvester Stallone), a former inmate (Kyra Sedgwick), a hip-hop mogul (Nelly), an actor (Cary Elwes) and an undercover cop (Thomas Jane) are inspired to change their lives by facing their fears. REACH ME also stars Kelsey Grammer, Lauren Cohan, Ryan Kwanten and Tom Sizemore.

You can find the latest specs for 'Reach Me' linked from our Blu-ray Release Schedule, where it is indexed under December 30. 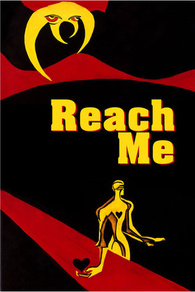