More Brando and Welles planned for Blu-ray in March.

In an early announcement to retailers, Mill Creek will be releasing 'The Lady from Shanghai' and 'The Wild One' on Blu-ray on March 17.

'The Lady from Shanghai,' starring the incomparable Orson Welles and a striking Rita Hayworth, is considered a film noir classic and best known for the mirror scene which is lauded as one of the greatest scenes in cinematic history. Utilizing a high definition 4k restoration master along with high definition audio, The Lady from Shanghai, will be a first class addition to any film collector’s library.

'The Wild One,' available for the first time on Blu-ray in the U.S. and boasting high definition audio, was directed by Laslo Benedek and featured Marlon Brando as the defiant leader of the Black Rebels Motorcycle Club. The Wild One influenced both the biker stereotype and fashion for decades after its release and made Brando the icon of 1950s rebellion, pioneering the way for James Dean, Elvis Presley and many others. Not only is this release on Blu-ray for the first time but it also includes new cover art featuring the infamous image of Marlon Brando leaning against his Triumph motorcycle making it a must have for classic movie and Brando fans.

You can find the latest specs for 'The Lady from Shanghai' and 'The Wild One' linked from our Blu-ray Release Schedule, where it is indexed under March 17. 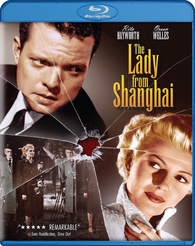 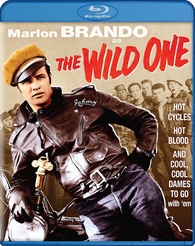