Both films will be available in stores at the end of February.

In an early announcement to retailers, Milestone will be releasing 'In the Land of the Head Hunters' and 'The Connection' on Blu-ray on February 24.

'In the Land of the Head Hunters' - Selected for the National Film Registry by the Library of Congress Legendary photographer Edward S. Curtis devoted his life to documenting the world of Native Americans in firm belief that the information he gathered must be collected at once or the opportunity will be lost. In 1914, he created one of the first feature length dramas ever made a masterpiece filmed with and starring members of the Kwakwaka wakw (Kwakiutl) tribe of British Columbia. Curtis haunting melodrama, set before Europeans arrived on the North Pacific Coast, tells the story of a warrior s spiritual journey, of love won and lost, and of a battle between tribes to save the warrior s bride. The film s attention to historic detail and Curtis legendary eye for composition make IN THE LAND OF THE HEAD HUNTERS one of the most beautiful films of the silent era and a stunning evocation of a culture famed for its incredible artistic heritage. Aspects of the film were based on he Kwakwaka wakw s oral traditions and it accurately portrays rituals, including the potlatch, which were strictly prohibited by Canadian law until 1951. .

Specs have yet to be revealed, but supplements will include: In the Land of the Head Hunters (Restoration of the 1914 version with original musical score, 66 mins, Tinted); In the Land of the War Canoes (1973 version by Bill Holm & George Quimby, 44 mins, B&W); The Image Maker and the Indians. Making-of documentary by Holm and Quimby (1979. Color, 16 mins.); Turning Point Ensemble and the score (2013, Color, 3 mins.); Optional English subtitles for the Kwak wala dialogue on the In the Land of the War Canoes soundtrack; Documents of Encounter: The Head Hunters Reconstruction Project. (2014. Video, 38 mins.); Cultural Presentation by the Gwa wina Dancers. (2008. Color, 83 mins.); Commentary Track featuring Bill Holm, Andy Everson, and Aaron Glass, Edited by Keith Sanborn; and Still Gallery, courtesy of the University of Washington Burke Museum of Natural History and Culture and Mick Gidley.

'The Connection' - A jazz quartet and sundry deadbeat friends hang out in a grungy New York City loft, waiting for their drug connection. They jam, argue, wax philosophical and ham it up for the benefit of a self-important documentary filmmaker and his cameraman. Shirley Clarke s debut feature The Connection magically transforms the ennui of their addiction into bold drama, set to an incredible score by Freddie Redd and featuring Jackie McLean s brilliant sax. A former dancer with a deep love for music, Clarke was born for the moving image. With The Connection, she created the ultimate jazz film a feature of such fluid artistry and bebop editing that the viewer never notices that the 110-minute movie was shot in one room. Camera, actors, and musicians riff constantly with and off each other to electrifying effect. Throughout her career, Clarke broke taboos (making films about junkies, ghetto teens, gay life and avant-garde jazz) and pushed the boundaries of film technique. She was an artist of such intense and innate individuality that there could only be one Shirley Clarke the most independent of all American independent filmmakers.

You can find the latest specs for 'In the Land of the Head Hunters' and 'The Connection' linked from our Blu-ray Release Schedule, where they are indexed under February 24. 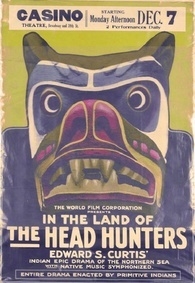 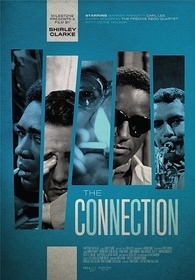