Xbox console packages are now available for a monthly fee.

Microsoft has announced the launch of its Xbox All Access Plan. The limited time 24-month financing option allows customers to pay for an Xbox One S or Xbox One X console along with a Game Pass and Xbox Live Gold subscription for a monthly price starting at just $22.

The Xbox All Access Plan is available for purchase now via Microsoft Store locations. The 0% APR 24-month financing is powered by a Dell Preferred Account, and interested buyers will need to go through an approval process by submitting a DPA application. 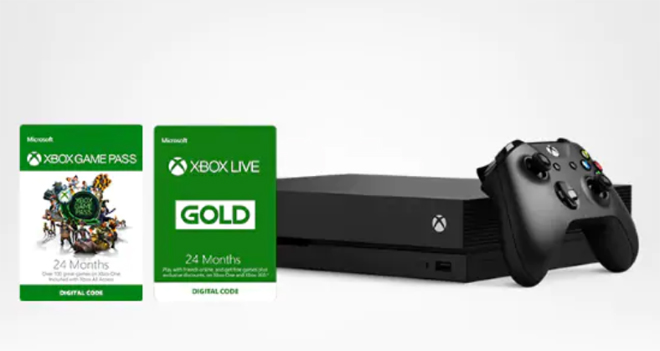 Here's a rundown of available base packages per Microsoft:

The Xbox Game Pass offers access to new games on the day they're released and unlimited access to over 100 more games. Meanwhile, an Xbox Live Gold membership offers online multiplayer capabilities. The Xbox One S and Xbox One X consoles both feature support for HDR gaming, along with integrated Ultra HD Blu-ray players with 4K HDR playback and Dolby Atmos capabilities. In addition, the Xbox One X features beefier specs for higher-res native 4K HDR gameplay.

To find a Microsoft Store near you, CLICK HERE.  The Xbox All Access Plan will only be available for a limited time while supplies last.