Like Mad Max: Fury Road: Black & Chrome before it, Logan, Hugh Jackman's swan song as the Canadian mutant with rage issues, gets the black-and-white treatment in Logan Noir. While some may call this sort of post-theatrical release color grading a marketing gimmick, after taking the morning to give the monochromatic presentation an earnest watch, I for one am actually hopeful more filmmakers decide to take a stab at producing separate black-and-white versions of their films. Movie trailers have a bad habit of overselling what you're going to see out of a movie. You may see a killer action sequence in the trailer hoping to witness it in the context of the final film only to discover that it had been cut entirely. You may hear a great quip or a line read out of a character and then be saddened when that payoff never happens. So when the first preview for Logan was released - I noticed a distinctly different tone for this film. It wasn't anything like X-Men, X-2, The Wolverine, Days of Future Past or any of the other X-Men films of the past. Logan had the look and feel of a down and dirty, gritty, and hyper-violent take on the character we've come to know and love for over a decade. Coupled with the haunting cover of "Hurt" by Johnny Cash, I was hooked and couldn't wait to see it. But I was also worried that the final product couldn't possibly live up to the trailer. With great relief, the final film met and exceeded my expectations.

When I settled into the theater to see Logan, I was instantly struck by the film's sense of brutality and mortality. Not only was I seeing a film where Wolverine's rage was finally fully unleashed, but I was watching the hero I spent decades seeing in comic books, cartoons, and movies confront the ramifications of his actions. Additionally, I was watching the final performance of the character by Hugh Jackman, the man who has embodied Logan A.K.A. "Wolverine" on screen for the last 17 years. Couple with what will apparently be the final turn for Patrick Stewart as Charles Xavier, the film turned out to be a thrilling but deeply emotional rollercoaster ride.

Not content to be a simple-minded action adventure film with mutants using their CGI-enhanced super powers, Logan took the bold step of stripping itself of that sort of fantasy. Sure, we get brief moments of mutant action antics, but there isn't any spectacle. It's brutal, violent, and at all times somber. Taking pages from classic westerns, director James Mangold and star Hugh Jackman craft an intricate and satisfying character sendoff. I rarely sit through the credits of movies (if I know there isn't a post-credit scene), but in this case, I had to just so I could have the time to collect myself. While the film focuses on finality and themes of mortality, it also celebrates how time and life move on. This is certainly not the last time we'll see Wolverine on theater screens, but it's the last for Hugh Jackman. And I couldn't imagine a better sendoff for his take on the character. 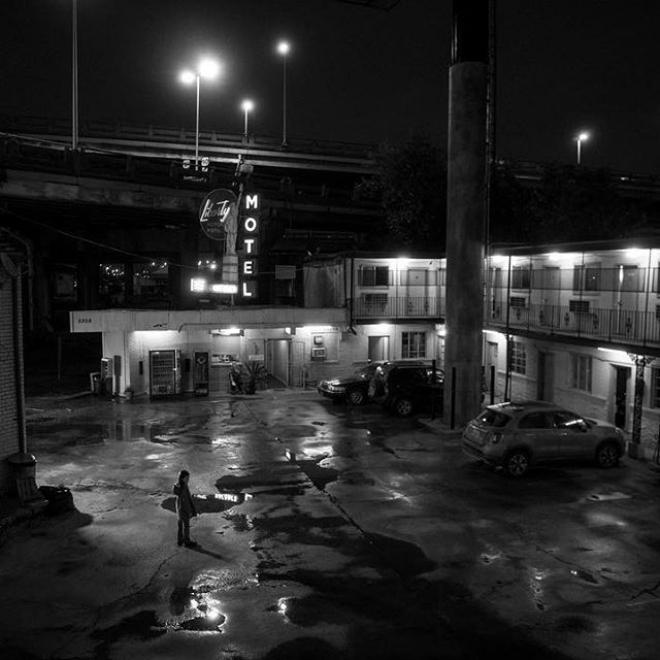 In the lead up to filming and casting announcements for Logan, director James Mangold released hauntingly beautiful black-and-white photos of the cast and locations. Obviously, the film was going to be released in color, but it got him wondering what the film would look like in black-and-white. Thankfully, someone over at Fox was open minded to Mangold's desire to regrade the color of the film to black-and-white - and they also had the forethought to include this new version dubbed Logan Noir as a bonus feature with the home video release - and not a later release to double dip fans for. Through VUDU, I got my first taste of Logan Noir, and it's simply stunning.

I for one am extremely excited by this somewhat growing trend of popular feature films getting proper black-and-white re-colorizations. For a film like The Mist, black-and-white made the film feel like a throwback to the original Night of the Living Dead. With Mad Max: Fury Road: Black & Chrome, the black-and-white added extra grit and grime to one of the most engaging action movies ever made. 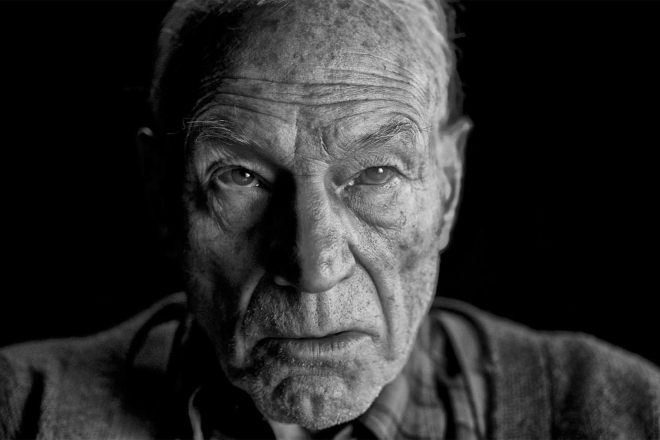 For Logan, taking out the color with this properly rendered grayscale simply strips the film down to its emotional core. While the original color presentation was beautiful and director James Mangold and his cinematographer John Mathieson did a terrific job of capturing the sun-drenched vistas of a classic western like Shane and Rio Bravo, Logan Noir somehow feels more complete. As if taking a page from such westerns as The Man Who Shot Liberty Valance and High Noon, the black-and-white photography of Logan Noir feels more in tune with the heavy thematic dealings of true heroism and inevitable mortality.

And no, you simply can't turn off the color on your TV set to replicate the same results of this proper scene-by-scene color grading -- I tried -- it becomes a soft muddy mess and contrast can blow out from shot-to-shot. Thankfully, Logan Noir is included with every home entertainment release -- 4K UHD in 4K, Blu-ray in HD, and Digital HD -- so you won't have to attempt that silly exercise. It's a complete package deal, so even if you're not as taken with Logan Noir as I was, you get to choose which version is right for you. 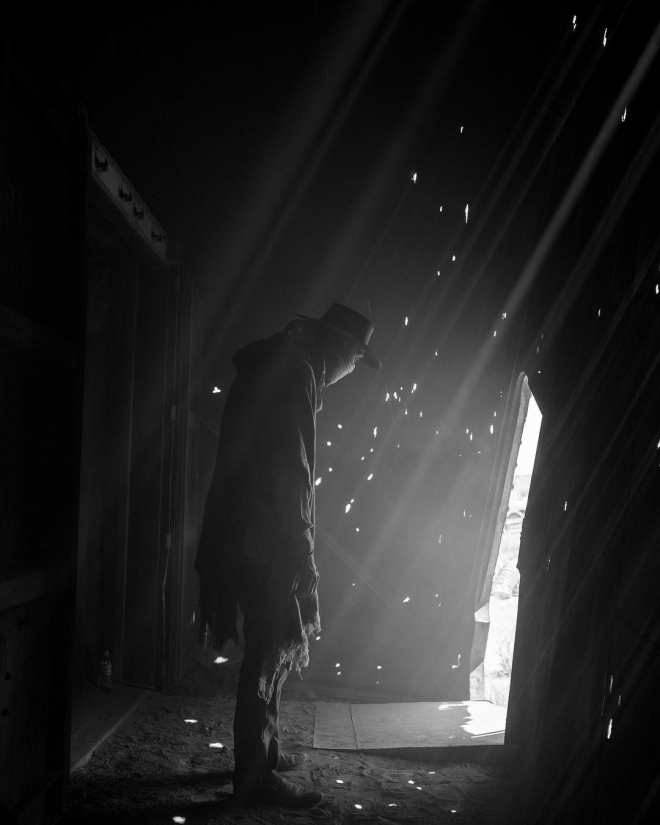 Presented in VUDU's 1080p HDX format, I was greatly impressed with the intricate detail levels of the black and white imagery. Hugh Jackman's beard, along with the makeup work done to age and scar him, is stunning and comes through more clearly within this monochromatic presentation. The impressive grayscale also provides an incredible amount of depth to the scenery. Open spaces look and feel like they could go on for miles while interiors offer up enough shadow separation to provide a sense of scale. This digital streaming presentation was solid, but I noticed a bit more video noise in black and white than I did with the original color presentation. Thankfully the video noise isn't severe and is only really noticeable when the film is in very brightly lit areas.

It only took one viewing, but Logan Noir is definitely my preferred way to see the movie, so fingers crossed the Ultra HD Blu-ray and Blu-ray will kick even more ass (we'll also make sure to cover the color versions in more depth). More on this in the next week. 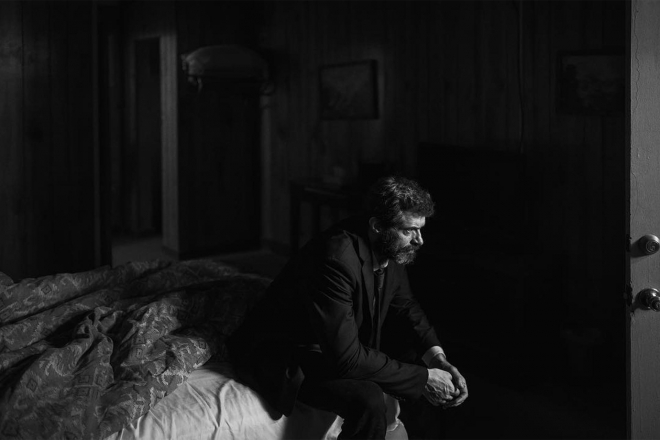 The 5.1 Dolby Digital Plus audio provided for this streaming presentation gets the job done, doing a great job of handling dialogue exchanges as well as some of the front and center action antics. However, I felt like surround activity lacked that sense of oomph and chutzpah that I experienced theatrically. There was surround activity, but just enough to cover the bases rather than provide a truly immersive experience that a good and proper DTS-HD MA 5.1, DTS: X, or even a great Dolby Atmos track would have provided. Marco Beltrami's beautifully understated score is also only given a pass over. You can hear it best during the quieter moments but some themes didn't quite come to life as one would have hoped. It gets the job done and for the most part, it does it well enough. 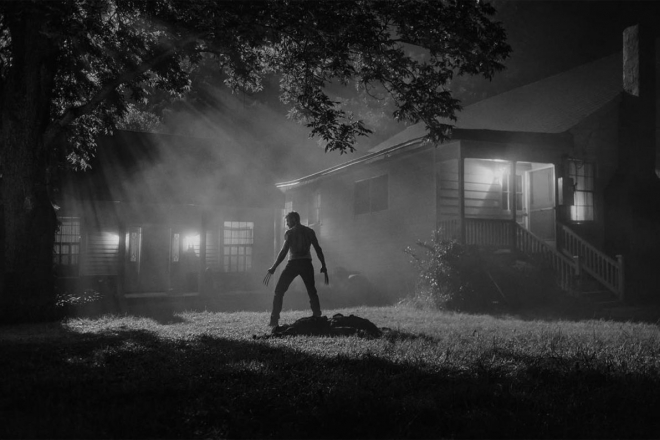 In addition to getting both the original color theatrical cut of Logan and Logan Noir, the following bonus features are available through digital streaming: 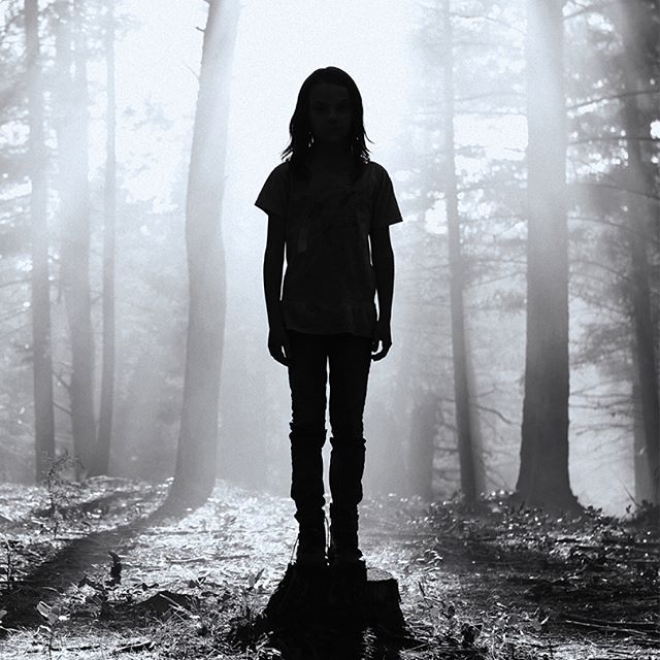 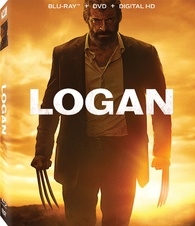 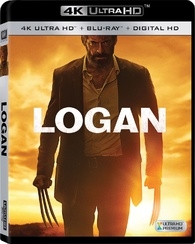