The superheroes could be heading to Disney's new streaming platform.

According to a report by Variety, Marvel is developing a new live action limited series focused on a team-up between Falcon and Winter Soldier for Disney's upcoming streaming service. The potential show joins other rumored MCU series starring characters like Loki and Scarlet Witch which are also reportedly being prepped for the platform.

Though the studio has not confirmed the news, Anthony Mackie and Sebastian Stan are expected to reprise their roles as Falcon and Winter Soldier respectively if the series does move forward. Malcolm Spellman (Empire, Our Family Wedding) has been hired to write the proposed show.

This news bolsters previous reports that Marvel was planning to develop several limited series starring MCU heroes and villains who have not already had their own standalone films, including shows about Loki and Scarlet Witch with Tom Hiddleston and Elizabeth Olson also expected to reprise their roles. With that said, major characters like Iron Man and Captain America who have already starred in their own movies will not be featured on the streaming platform.

The potential series are all expected to feature six to eight episodes each and will likely carry big budgets similar to major Hollywood productions. Marvel Studios and Kevin Feige are also set to be directly involved in the shows' development. 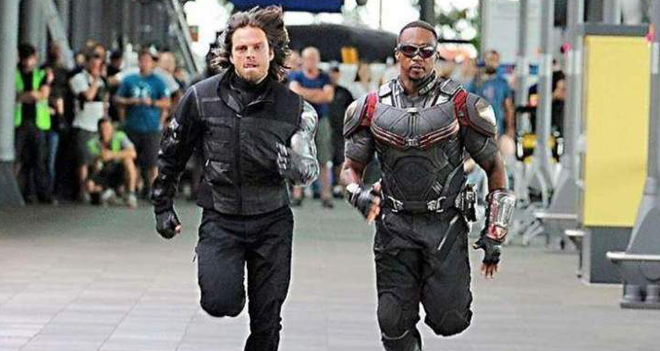 Full details on Disney's streaming service have not been revealed yet, but the platform is set to launch in the fall of 2019. Beyond the potential Marvel shows, the service will also include a new Star Wars series from Jon Favreau called The Mandalorian. Likewise, a Monsters Inc show and a High School Musical series are also in the works.

Meanwhile, movies expected to premiere on the platform include Don Quixote, Stargirl, Togo, Lady and the Tramp, The Paper Magician, 3 Men and a Baby, Sword and the Stone, Timmy Failure, Magic Camp, and Noelle.

Outside of streaming news, Marvel recently released the first trailer for its upcoming Captain Marvel film. The movie is set to hit theaters on March 8, 2019.