The studio is bringing two action flicks and a documentary to Blu-ray in August.

'The Dead Lands' - After his tribe is slaughtered through an act of treachery, Hongi, a Maori chieftain's teenage son, must avenge his father's murder in order to bring peace and honor to the souls of his loved ones. Vastly outnumbered by a band of villains, Hongi's only hope is to pass through the feared and forbidden Dead Lands and forge an uneasy alliance with the mysterious Warrior, a ruthless fighter who has ruled the area for years. 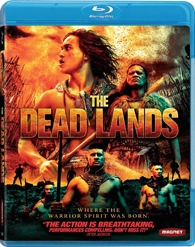 'Skin Trade' - After his family is killed by a Serbian gangster with international interests. NYC detective Nick goes to S.E. Asia and teams up with a Thai detective to get revenge and destroy the syndicates human trafficking network. 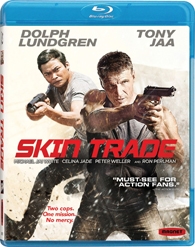 'Iris' - At 93, fashion legend Iris Apfel is clearly still at the top of her game -- supervising the dress selections for a tour, advising models and negotiating with buyers -- in this affectionate documentary by Albert Maysles, himself an octogenarian. 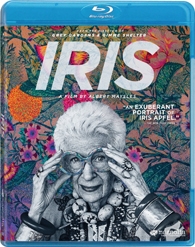 You can find the latest specs for each disc linked from our Blu-ray Release Schedule, where they are indexed under August 4 and August 25.