In an early announcement to retailers, Magnolia will be bringing 'Life's a Breeze' and 'White Bird in a Blizzard' to Blu-ray on January 20.

'Life's a Breeze' is a charming comedy that follows a family struggling to stay afloat and together through hard times. The family is turned upside down when Nan's (Fionnula Flanagan) unemployed slacker son Colm (Pat Shortt), and his niece Emma (Kelly Thornton) make a well-intended attempt to clean out her house and accidentally trash the mattress where she's been stashing her life savings. Now they must overcome their many differences to lead their family in a race against time to find a lost fortune.

'White Bird in a Blizzard' - Kat Connors' perfect homemaker mother, Eve, a beautiful, enigmatic, and haunted woman, disappears - just as Kat is discovering and relishing her newfound sexuality. Having lived for so long in a stifled, emotionally repressed household, she barely registers her mother's absence and certainly doesn't blame her doormat of a father, Brock, for the loss. In fact, it's almost a relief. But as time passes, Kat begins to come to grips with how deeply Eve's disappearance has affected her. Returning home on a break from college, she finds herself confronted with the truth about her mother's departure, and her own denial about the events surrounding it.

You can find the latest specs for 'Life's a Breeze' and 'White Bird in a Blizzard' linked from our Blu-ray Release Schedule, where they are indexed under January 20. 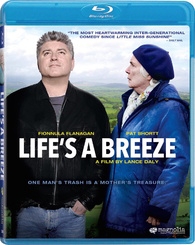 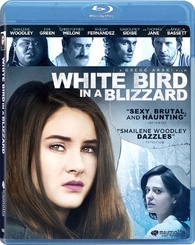