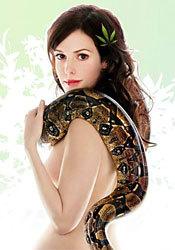 'Weeds: Season 3' Lights Up on Blu-ray this June

Lionsgate has announced an early June arrival for the third season of the Emmy-winning Showtime series, 'Weeds.'

Following on the heels of last year's next-gen releases of 'Weeds: Season One' and 'Weeds: Season Two,' Lionsgate will bring 'Weeds: Season Three' to Blu-ray on June 3, day-and-date with the standard DVD. (The Mary-Louise Parker "pot" comedy is currently the only TV series to enjoy all of its seasons available on high-def.)

Exclusive to the Blu-ray is the BD-Java interactive game, "Kush Kush and Away."

Lionsgate has set a suggested retail price of $39.99 for the Blu-ray.

You'll find specs for 'Weeds: Season Three' linked from our Blu-ray Release Schedule, where it's indexed under June 3.