The worldwide phenomenon comes to a close on Blu-ray in March.

In an early announcement to retailers, Lionsgate will be releasing 'The Hunger Games: Mockingjay - Part 2' on Blu-ray on March 22.

Jennifer Lawrence stars as Katniss Everdeen, who began her journey fighting to survive the brutal Hunger Games, and rose to lead the rebellion against Panem's tyrannical president (Donald Sutherland). Now, Katniss and a team of rebels from District 13 prepare for the epic battle that will decide Panem's future.

You can find the latest specs for '21 Jump Street' linked from our Blu-ray Release Schedule, where it is indexed under March 22. 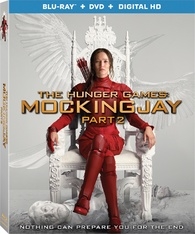 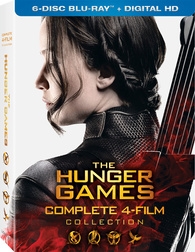