The Blockbuster Smash 'The Divergent Series: Insurgent' Dated for Blu-ray and Blu-ray 3D

The action-packed sequel arrives on both Blu-ray formats in August.

In an early announcement to retailers, Lionsgate will be releasing 'The Divergent Series: Insurgent' on Blu-ray and Blu-ray 3D on August 4.

Based on Veronica Roth's #1 New York Times best-selling novel Insurgent, The Divergent Series: Insurgent raises the stakes for Tris (Shailene Woodley) as she searches for answers and allies in this star-powered, action-packed second installment of the Divergent series. On the run and targeted by ruthless faction leader Jeanine (Kate Winslet), Tris fights to protect the people she loves, facing one impossible challenge after another as she and Four (Theo James) race to unlock the truth about the past—and ultimately the future—of their world.

You can find the latest specs for 'The Divergent Series: Insurgent' linked from our Blu-ray Release Schedule, where it is indexed under August 4. 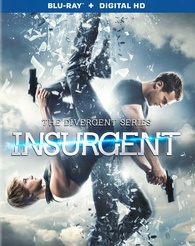 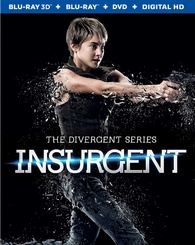