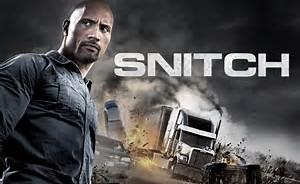 The 2013 action-packed crime thriller will be getting the 4K treatment in June.

In an early announcement to retailers, Lionsgate has revealed that 'Snitch - Ultra HD Blu-ray' will be available on June 6.

Dwayne Johnson stars as a successful businessman who learns his son faces 10 tough years in a federal hole for drug possession. Convinced it was a set-up, he volunteers to become an undercover informant and infiltrate a ruthless cartel. Now, with his back against the wall and his life totally on the line, he must expose the true criminals before they discover his identity.

The release will feature a Dolby Atmos soundtrack and supplements will include: Privileged Information: The Making of Snitch" Featurette; Audio Commentary with Co-Writer/Director Ric Roman Waugh and Editor Jonathan Chibnall; and Deleted Scenes.

You can find the latest specs for 'Snitch - Ultra HD Blu-ray' linked from our UHD Blu-ray Release Schedule, where it is indexed under June 6.