The thriller based on the 2013 Boston Marathon bombing will be available on both formats next month.

As previously reported, Lionsgate is working on 'Patriots Day' for Blu-ray and 4K Ultra HD Blu-ray later this year, and now the date has been set for March 28.

Based upon the dramatic real-life manhunt for the Boston Marathon bombers, this powerful action-thriller follows Police Sergeant Tommy Saunders (Mark Wahlberg) as he joins brave survivors, first responders, and investigators in a race against time to find the bombers before they strike again. Directed by Peter Berg and featuring a stellar cast, Patriots Day is a stirring tribute to the Boston community’s strength and courage in the face of adversity.

You can find the latest specs for 'Patriots Day' linked from our Blu-ray Release Schedule, where it is indexed under March 28. 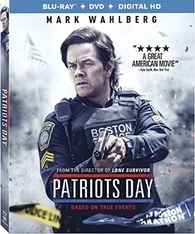 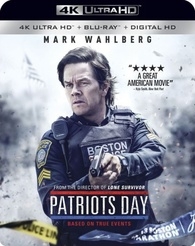