In an early announcement to retailers, Lionsgate says 'Jessabelle' will be released on Blu-ray on January 13.

From the mastermind producer of Paranormal Activity and Insidious comes the ghostly tale of Jessabelle. Returning to her childhood home in Louisiana to recuperate from a horrific car accident, Jessabelle (Snook) comes face to face with a long-tormented spirit that has been seeking her return -- and has no intention of letting her escape.

You can find the latest specs for 'Jessabelle' linked from our Blu-ray Release Schedule, where it is indexed under January 13. 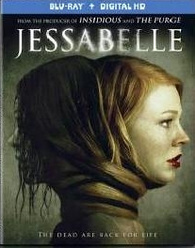