The film based on the hit British TV series will target Blu-ray in February.

In an early announcement to retailers, Lionsgate will be releasing 'MI:5' on Blu-ray on February 9.

When a terrorist escapes custody during a routine handover, Will Holloway must team with disgraced MI5 Intelligence Chief Harry Pearce to track him down before an imminent terrorist attack on London.

The Blu-ray will feature 1080p video, lossless 5.1 audio, and supplements include deleted scenes and a featurette.

You can find the latest specs for 'MI:5' linked from our Blu-ray Release Schedule, where it is indexed under February 9. 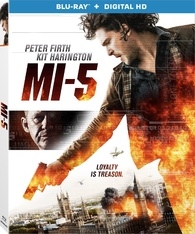