In an early announcement to retailers, Lionsgate is preparing 'Divergent' and 'Insurgent' for Ultra HD Blu-ray on July 12.

'Divergent' - In a world divided by factions based on virtues, Tris learns she's Divergent and won't fit in. When she discovers a plot to destroy Divergents, Tris and the mysterious Four must find out what makes Divergents dangerous before it's too late.

'Insurgent' - Beatrice Prior must confront her inner demons and continue her fight against a powerful alliance which threatens to tear her society apart with the help from others on her side.

You can find the latest specs for 'Divergent' and 'Insurgent' linked from our Ultra HD Blu-ray Release Schedule, where they are indexed under July 12. 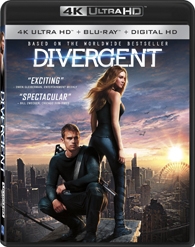 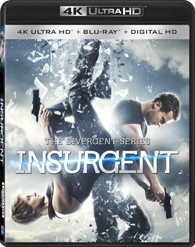